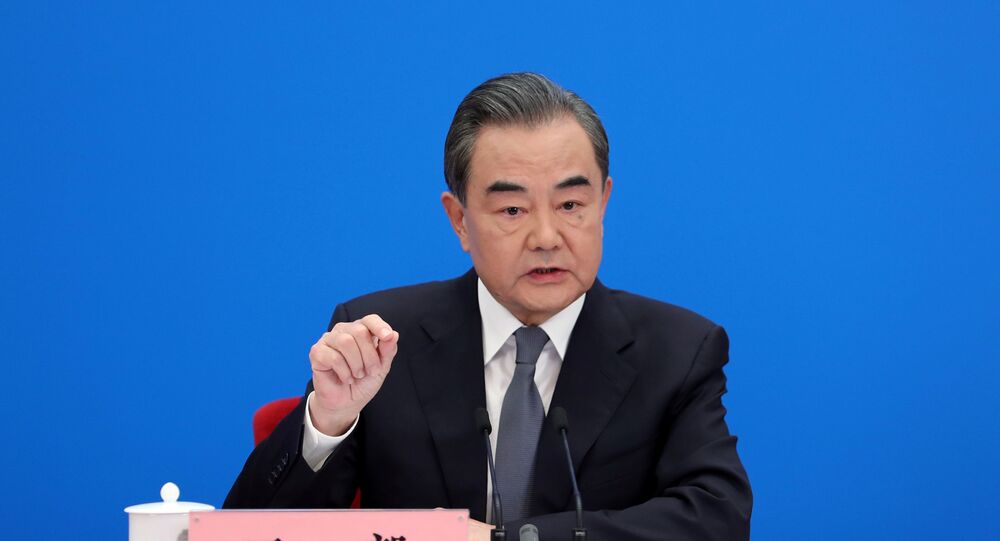 The complaint comes after US President Donald Trump on Wednesday signed the Uyghur Human Rights Act of 2020 that envisages sanctions against individuals and entities considered by Washington to be responsible for "human rights abuses" against the Uyghur Muslim minority in China's Xinjiang province.

The Foreign Ministry of China on Thursday stridently opposed the Uyghur Human Rights Policy Act 2020 signed by earlier by Trump. The ministry criticized the act as "harming China's interests" and outlined that the issue of detaining and reeducating Uyghurs in Xinjiang are related to "fighting violence, terrorism and separatism", not about human rights or freedom of religion.

"China urges the US to immediately correct its mistake and stop using the bill to harm China's interests. Xinjiang-related issues are not about human rights, ethnicity or religion, but about fighting violence, terrorism, and separatism", the ministry said in a statement, cited by CGTN.

The Foreign Ministry insisted that the bill has "flagrantly interfered in China's internal affairs", slandering China's "efforts in counter-terrorism and de-radicalization". The statement also threatened that China would "resolutely hit back and the US will bear the burden of all subsequent consequences".

The response came after Trump signed the Uyghur Human Rights Policy Act on Wednesday, legislating sanctions against those who allegedly responsible for repressing hundreds of thousands of ethnic Muslim Uyghurs in China's Xinjiang province. According to Washington, Beijing has violated the human rights of the Muslim minority by sending Uyghurs to so-called political 're-education camps'.

Beijing has repeatedly refuted the accusations of discrimination against the Uyghurs, stating that what are labelled "re-education camps" are actually education centres part of a campaign to help Uyghurs learn the official language and obtain useful professional skills.