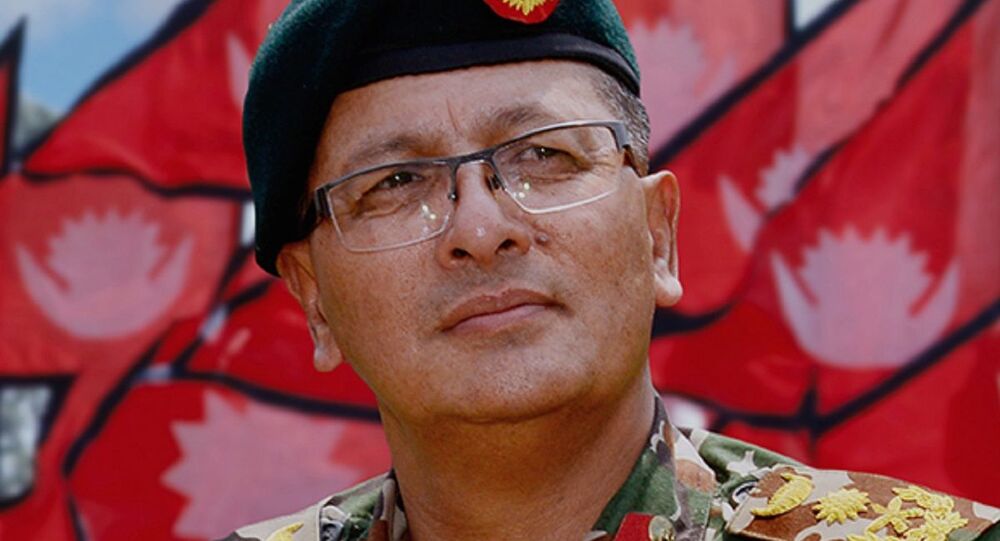 New Delhi (Sputnik): India and Nepal have been facing border tensions since 8 May, when the Indian defence minister inaugurated an 80km strategic road along the Lipulekh Pass leading to the Chinese border. Nepal raised concerns and set up a new outpost at Chharung manned by the country’s Armed Police Force last month.

Nepalese army chief General Purna Chandra Thapa on Wednesday visited the western border outpost in Sudurpaschim Pradesh, near the disputed Kalapani region, for the first time since the beginning of the border dispute with India last month.

Thapa, who has maintained distance from the current border situation between the two countries, was accompanied by I-G of Nepal's Armed Police Force Shailendra Khanal to inspect a temporary base camp near the border.

After India inaugurated the Darchula-Lipulekh link road on 8 May, Nepal set up a new outpost at Chharung manned by the country's Armed Police Force. Kathmandu has accused New Delhi of encroaching on its territory in Kalapani, but India has maintained that the region is part of its territory.

Nepal claims the Kali River as the border between the two countries. The tensions over the border first emerged in 2019, when India showed Kalapani in its political map.

India’s Defence Minister Rajnath Singh has said that New Delhi would resolve the differences through dialogue, but the Nepalese lower house has already passed New Nepal Map (Coat of Arms) constitutional amendments, which include the strategically important territories of Kalapani, Lipulekh, and Limpiyadhura as part of Nepal.