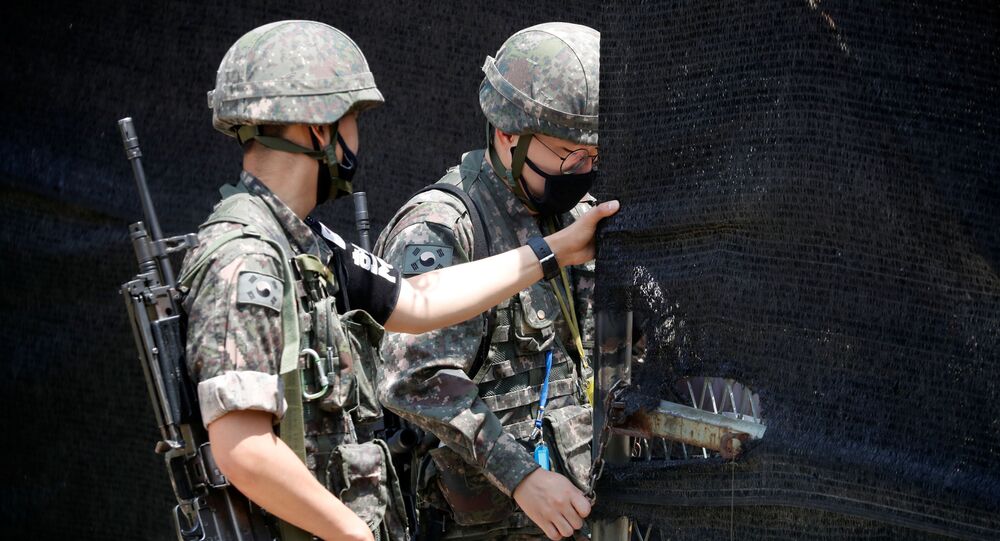 The South Korean military warned that if the DPRK takes military action against South Korea, "it will pay the price", following an earlier explosion of the Liaison office at Kaesong by Pyongyang.

"Our troops express deep concern that today the General Staff of North Korea made public various kinds of military plans that are contrary to the intra-Korean agreements, the Panmunjom Declaration and the military agreement of 19 September, 2018. Such measures nullify all results jointly achieved for more than 20 years and efforts in the sphere of the progress of intra-Korean relations and the preservation of peace on the Korean Peninsula. If the North Korean side proceeds to real actions, it will certainly pay the corresponding price", a senior official from the Republic of Korea's Joint Chiefs of Staff said at a briefing.

The statement followed an announcement made by the DPRK that it will resume "all kinds of regular military exercises" in the vicinity of the Korean Demilitarized Zone (DMZ), rejecting Seoul's intentions to settle the situation via legislation that would ban the activists' practice.

North Korea blew up the inter-Korean joint liaison office in border town of Kaesong on 16 June, three days after Kim Jong-un’s sister, Kim Yo-jong, threatened to get rid of the "useless" channel and scrap the North-South agreement if Seoul fails to stop sending alleged propaganda leaflets over the border.

"By exercising my power authorised by the supreme leader, our party and the state, I gave an instruction to the arms of the department in charge of the affairs with the enemy to decisively carry out the next action”, she said in a statement several days ago. She also added that it was "high time to break with the South Korean authorities”.

According to state broadcaster Korean Central News Agency (KCNA), a "terrific" explosion ruined the joint liaison office in the industrial zone at 05:50 GMT, which was in line with "the mindset of the enraged people" angered by activists from South Korea who have sent balloons with leaflets criticizing the rule of North Korean leader Kim Jong-un across the border.

Responding to the sudden move, South Korea expressed "strong regret over North Korea's unilateral explosion of the inter-Korean liaison office building", warning that if Pyongyang worsens the situation, it will be the responsibility of the DPRK and none other.