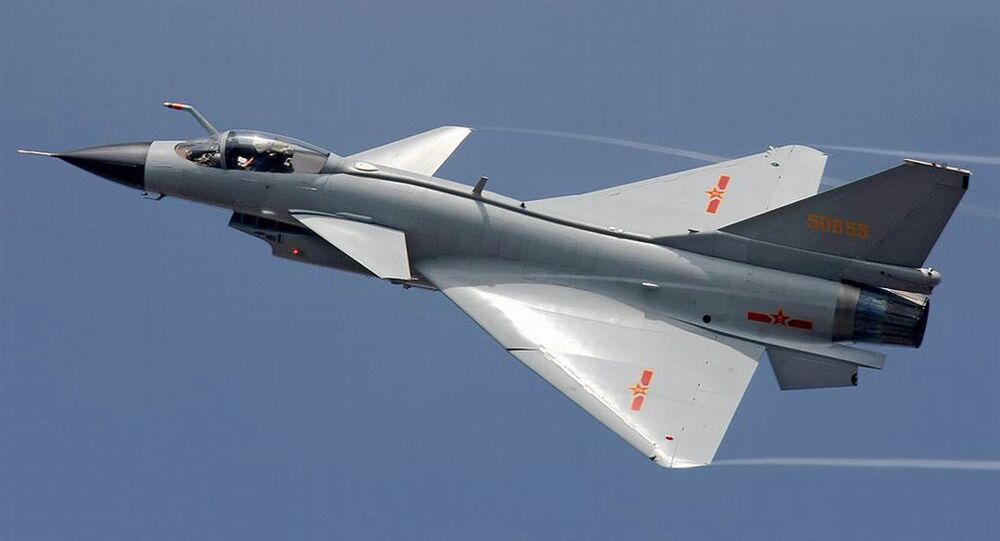 Another Chinese aircraft was intercepted by Taiwanese jets near the autonomous island on Tuesday, just the latest in a string of similar encounters. Meanwhile, several American military aircraft were spotted near the island as well.

Taiwan News reported on Tuesday that a Taiwanese aircraft warned off a Chinese People’s Liberation Army Air Force (PLAAF) J-10 fighter as it neared the country’s southwestern Air Defense Identification Zone (ADIZ) earlier that morning. An ADIZ is essentially the airspace that ground-based radar can see, and typically extends far beyond a nation’s territory and territorial waters.

According to the Taipei paper Liberty Times, the Taiwanese jet gave the following warning twice before the Chinese jet turned away: “Attention CCP [Chinese Communist Party] military aircraft! You have entered our airspace, affecting the safety of my flight, turn away immediately.”

At roughly the same time as the J-10 interception, two US Air Force KC-135 tankers were spotted by Peking University’s South China Sea Probing Initiative flying past Taiwan’s airspace as well: one in the South China Sea and one in the East China Sea.

USAF KC-135s operating in the #EastChinaSea and #SouthChinaSea, June 16. pic.twitter.com/P06eKJpy6y

​The episode is just the latest in a string of similar incidents over the past two weeks.

On Friday, a Chinese Y-8 aircraft, which may have been either a transport or an electronic intelligence aircraft, was challenged as it neared Taiwan’s airspace several hours after Taipei conducted tests of a new anti-air missile. Last Tuesday, several PLAAF Su-30s were also intercepted by scrambled Taiwanese fighters as they entered Taiwan’s ADIZ, and the day prior, a US Navy P-40A Clipper transport plane was permitted to fly across the island unhindered.

A spokesperson for the Chinese Foreign Ministry denounced the June 8 overflight as “provocative” and “illegal.”

The week before, a US Navy warship transited the Taiwan Strait in what Washington calls a “freedom of navigation operation” intended to flout Beijing’s claims that the waterway is internal waters.

At the heart of these incidents is the belief by both Taipei and Beijing that each is the rightful ruler of all of China and that the other side are rebels and impostors. The Taipei government is all that survives of the Republic of China, which the Chinese Communist Party declared abolished in 1949 when it founded the People’s Republic of China at the conclusion of the civil war.

Since Beijing regards Taiwan as its own territory, it views the idea that it cannot fly its own planes over the island but a foreign power like the United States can as innately hostile to the concept of Chinese sovereignty, and Beijing has regularly urged Washington to stay out of its internal affairs.