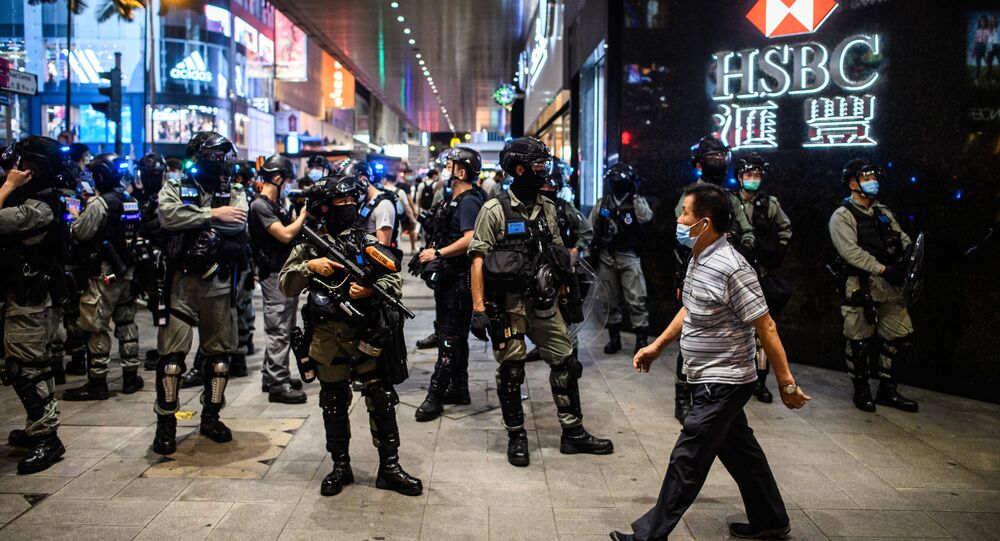 Hong Kong's top official made the comments as the government is set to enact a law aiming to stabilise domestic security affairs in the special administrative region and expand Beijing's reach against a small group of secessionist 'terrorists' protesting at the behest of alleged "foreign forces".

Those opposing the bill aiming to tackle domestic terrorism and national secession in the Chinese special administrative region were "the enemy of the people", she added.

Both Beijing and Lam's administration assured the bill would not limit freedoms but targets small groups of "troublemakers" in the city amid years of reportedly Western-backed protests.

“I urge opponents who still use the usual tactics to [demonise] and smear the work to stop because by doing this they become the enemy of the Hong Kong people,” Lam said at a cabinet meeting.

She added that the vast majority of Hong Kong citizens wanted to "restore stability, and have safety, satisfaction and employment".

“Hong Kong has become a gaping hole in national security, and our city’s prosperity and stability are at risk,” she said in a statement.

Critics of the bill have said that China's "one country, two systems" structure would be threatened following the former British colony's return to Chinese rule in 1997. US secretary of state Mike Pompeo said in May that Hong Kong would lose its status as a "politically autonomous" territory under the new security law, potentially triggering sanctions and threaten the region's status as a global financial hub. Hong Kong lawmakers unanimously passed the law with 2,878 backing the bill, one against and six abstentions, with the bill set to enter force in August.