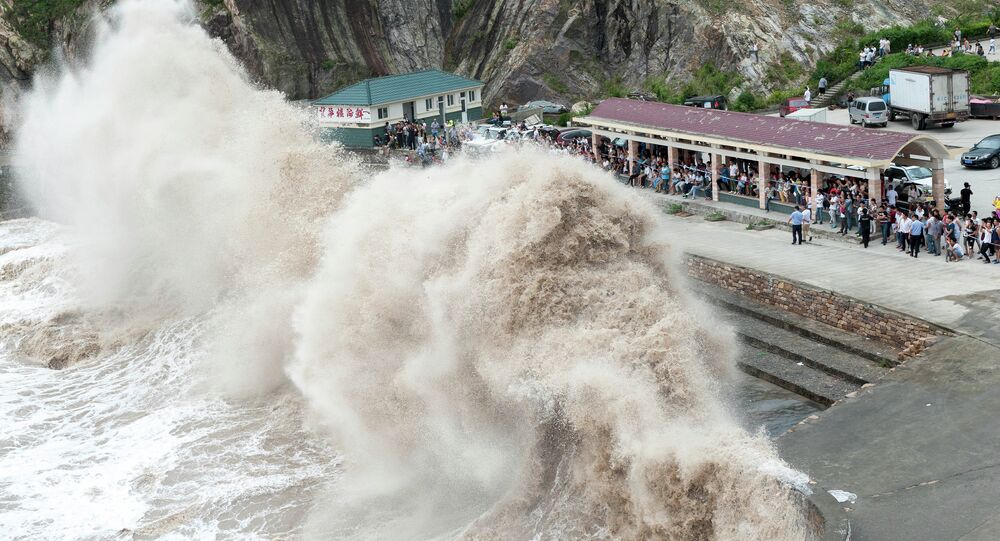 Video: Strong Winds Cause Ten-Tonne Crane to Collapse and Crash Into Sea in Eastern China

China activated a Level-IV emergency response on Saturday after strong winds whipped across the eastern coast as Typhoon Nuri made landfall, hitting Guangdong Province and major cities including Hong Kong.

Footage has emerged of a gigantic crane weighing an estimated 10 tonnes, and being toppled over by high winds on Friday before crashing into the sea in eastern China.

The terrifying scene shows the heavy machine off the coastal city of Taizhou, Zhejiang province, pushed along its rails by the strong weather before its brake clamps are torn through.

The crane operator reportedly survived after escaping from the structure by jumping into the water. As the massive construct keels over, the driver can be seen running down to escape before he leaps for his life.

The worker was taken to a hospital following his rescue from the ocean. According to the Daily Mail, citing a company spokesperson, the driver is in stable condition.

The event took place just before Typhoon Nuri - a second-level tropical storm - hit southern China at the start of the weekend.

The wind reached to force 10, a storm-like gale travelling 55–63 mph, according to the Daily Mail, quoting Chinese social media.