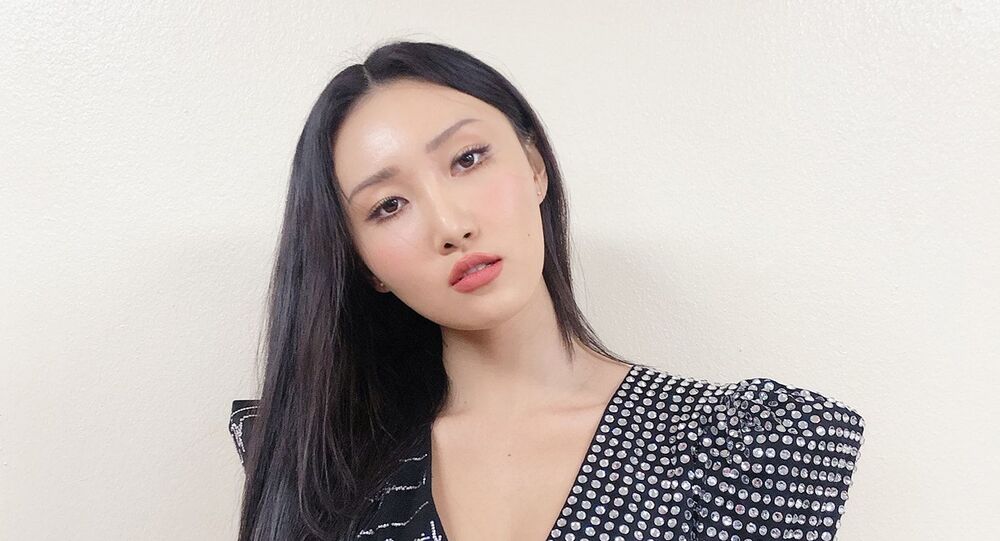 Maria and Nobody Else: Mamamoo's Hwasa Releases Surprise MV

The member of the popular K-pop girl band treated fans ahead of her upcoming solo album “Maria”.

MooMoos (the official name of the fans of Mamamoo) were pleasantly surprised after their favourite idol Hwasa surprisingly revealed a pre-released song and MV on 16 June.

Hwasa (real name Ahn Hye-jin) is the last member of the group to release a solo album. Titled 'Maria' - a reference to the singer's Catholic name - the album will be released a year and four months after the single 'Twit' came out in February last year.

The whole album will tell the personal story of the artist, and about how she has found a way to love herself: before her debut as a member of Mamamoo in 2014 under RWB Entertainment, companies didn't want to take Hwasa on as a trainee because she didn't fit in with anyone's idea of what a Korean idol should look like at that time.

This is so important! pic.twitter.com/wPNKJvGwd8

​Now Hwasa is one of the most recognisable faces in K-pop, with unique vocal skills and a charismatic appearance. Besides being a vocalist in Mamamoo, she has collaborated in a duet with Dua Lipa for a remix version of 'Physical'.

Hwasa has also shown herself to be a talented songwriter: she participated in writing lyrics and composing her digital single, 'Twit' as well as being involved in a collaboration with South Korean rapper Loco titled 'Don't', which topped the charts in South Korea and went platinum.

She is also known for her Mi

Bitch I’m crying... nobody else sounds like a song for Hwasa herself & use it to remind us to love ourselves & the fact that her lyrics were all in English🤧 hello?! The effort & passion she gives to all of us moos is more than 200%

das Touch - every item she uses or has been noticed with is immediately sold out. For her incredible marketing skills she has received numerous contracts as an ambassador for different brands, including MCM, Adidas, Sims 4 and The North Face.

MooMoos are celebrating the upcoming album on Twitter and are not short of praise for their favourite girl.

11 years ago, before @RBW_MAMAMOO, Hwasa (화사) x JYP Audition, My Heart Will Go On by Celine Dion.pic.twitter.com/ELhZkWpJB1

okay so this along with Hwasa vocals made me cry pic.twitter.com/Lw8lLkoWhl

This is hwasa's story. Those times she felt lost, weak and unwanted and no one was there to help her but she still tried her best to be calm and smile even though it was hard. And on the way she learned to love herself and became strong

the part where she sings "oh maria" is like her seeking help from her own other self - the one persona that can make her 'calm' & awake her self-love because no one other than herself can understand what it takes to be the mighty 'hwasa' on stage 😭 pic.twitter.com/lBurFhfXoO

These two sentences impacted me and so many others so much. Even though we can’t physically be there for you, I hope you know how much you mean to all of us. We love and support you, and we always will#HwasaWeLoveYou pic.twitter.com/xvejfDdUVq