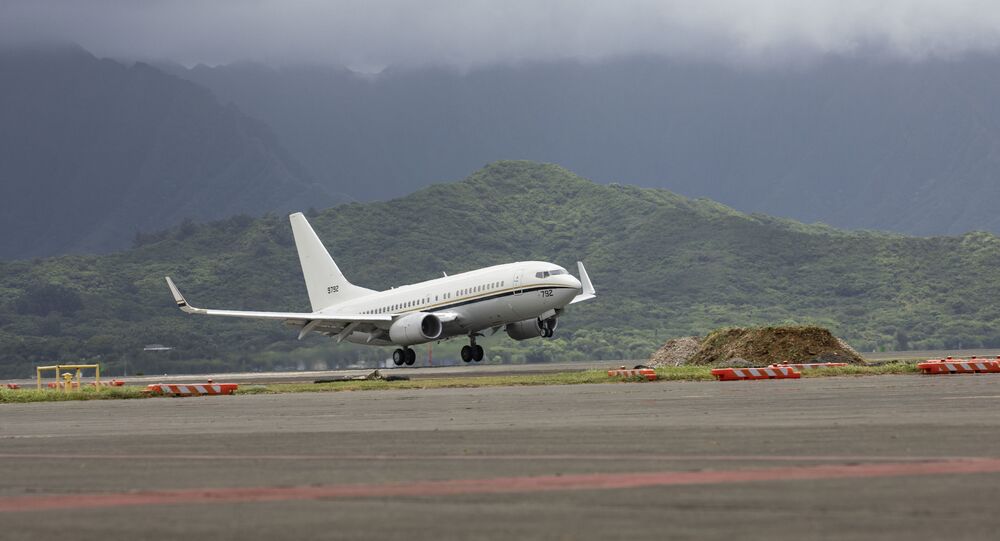 After Taipei allowed a US Navy cargo plane to fly across Taiwan on Monday, Beijing accused Washington of being “provocative,” denouncing the action as “illegal.” China regards Taiwan as a rebellious province, and the island’s airspace as its own, so US support for Taipei walks a fine line.

On Monday, Taiwan’s Ministry of National Defense permitted a US Navy C-40A Clipper cargo plane to fly the length of the island during its flight from Okinawa to Thailand, Sputnik reported.

“It was an illegal act and a seriously provocative incident,” China’s Taiwan Affairs Office said on Thursday, according to the Beijing-based Global Times. “We express strong dissatisfaction and resolute opposition.”

CGTN reported that Foreign Ministry spokeswoman Hua Chunying told reporters in Beijing on Thursday, "We urge the US side to strictly abide by the one-China principle and the provisions of the three Sino-US joint communiques and to immediately stop such illegal and provocative acts.”

The day after the flight, Taiwanese air force fighters intercepted several Chinese Su-30 jets in the Taiwan Strait after they crossed the Median Line. Taipei regards such moves as an encroachment upon its sovereignty, even though more than 40 miles of international waterway sit between the line and the island’s territorial seas, according to international law. It was the ninth such incident this year.

Taiwan has been autonomously ruled since 1949, when the Republic of China was driven from the Chinese mainland by the victorious Red Army, which established the People’s Republic of China that year. Both governments claim to be the sole legitimate rulers of all of China, and demand that any country doing business with them cease recognizing the other side. While Washington switched its recognition to Beijing in 1978, it has continued to funnel support to Taipei through back channels, which China regards as interference in its domestic affairs by supporting an internal rebellion.

Zhu Fenglian, a spokesperson for the Taiwan Affairs Office, said in a Thursday statement carried by the Global Times that Taiwan’s ruling Democratic Progressive Party (DPP) “should not misjudge the situation,” warning it not to “underestimate the Chinese people's strong will and firm determination to safeguard national sovereignty and territorial integrity, and should stop the said actions at once.”

Taiwanese President Tsai Ing Wen, whose second term began last month, is a member of the DPP, which is seen as more favorable to independence than the rival Kuomintang, which established the Republic in 1912.