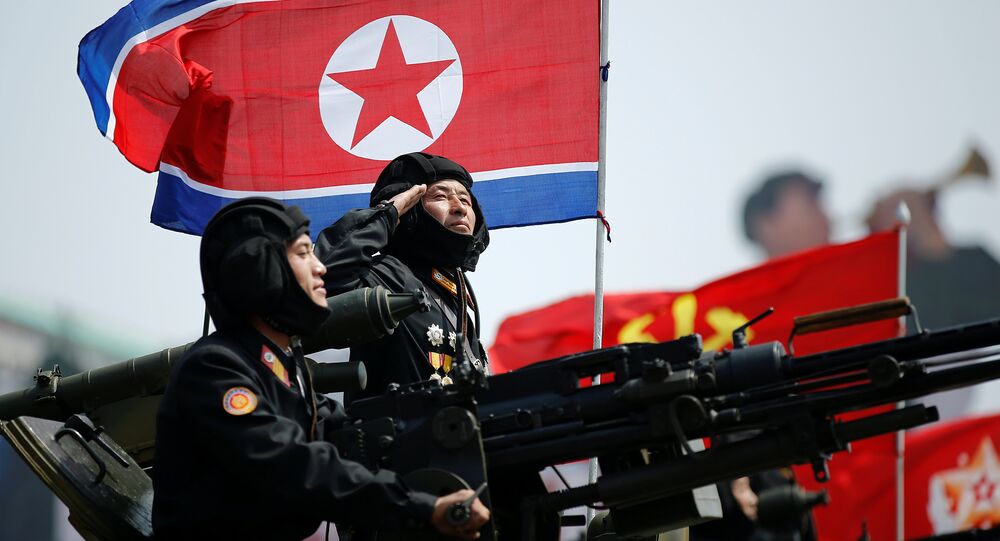 North Korea on Thursday accused the US of being intent on exacerbating tensions between the two countries, adding that Pyongyang would work toward buildings stronger forces to confront military threats from Washington.

In an interview with the Korean Central News Agency (KCNA), North Korean Foreign Minister Ri Son Gwon noted that the country had not seen any improvement of relations between US President Donald Trump and North Korean Leader Kim Jong Un since the first talks held between the pair.

"The secure strategic goal of the DPRK is to build up more reliable force to cope with the long-term military threats from the US. This is our reply message to the US on the occasion of second anniversary of June 12," Ri said in an interview with KCNA.

"What stands out is that the hope for improved DPRK-US relations - which was high in the air under the global spotlight two years ago - has now been shifted into despair. Never again will we provide the US chief executive with another package to be used for achievements without receiving any returns," he added.

In June 2018, Kim and Trump reached an agreement stipulating that North Korea would make efforts to promote the complete denuclearization of the Korean Peninsula in exchange for the freezing of US-South Korean military drills and the potential removal of US sanctions.

However, inter-Korean relations as well Washington's relations with Pyongyang have deteriorated since Kim Jong Un's second meeting with Trump held in Vietnam in February 2019. The meeting ended with no agreements regarding North Korea's nuclear weapons program or UN sanctions on the country.

Also on Thursday, North Korea suggested that United Nations Secretary-General Antonio Guterres might be pretending to act like a drunk after condemning comments made by Guterres' spokesperson regarding Pyongyang's decision to cut off communications with South Korea.

On Wednesday, Stéphane Dujarric, spokesperson for the Secretary-General released the following statement: "Moving onto the situation on the situation on the Korean Peninsula, as I’ve been asked about some of the latest developments, I can tell you that the Secretary-General regrets the cutting off of inter-Korean communications channels by the Democratic People’s Republic of Korea (DPRK).  Such channels are necessary to avoid misunderstandings or miscalculations."

An unidentified spokesperson for North Korea's Foreign Affairs Ministry slammed Dujarric's comments, which were made on behalf of Guterres.

“We cannot but express our astonishment over such reckless remarks – devoid of the common sense of judgment, let alone the basic knowledge of inter-Korean relations – coming out from the center of the United Nations,” the North Korean spokesperson told KCNA, Reuters reported.

"It is only the UN Secretary-General himself who would know whether he is pretending to blind himself to the articles of inter-Korean agreement on ceasing all hostilities against the other party or pretending to be knowingly drunken," the spokesperson added.

Just a Man: Netizens in Stitches as Media Reveals That Founder of North Korea Couldn't Teleport