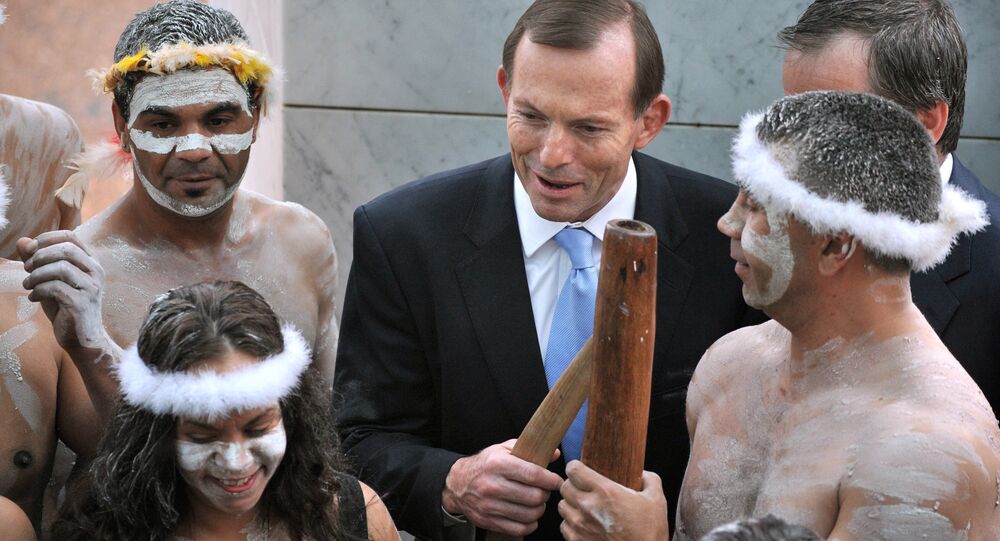 Conceding that Australia’s history is not without blemishes, the former prime minister blasted the looting of historic artefacts, arguing that in many cases, demonstrators are simply unaware of what is behind certain figures from the past.

Ex-Australian Prime Minister Tony Abbott has taken a dig at BLM protesters, claiming they are “ignorant of the real history” as they loot statues across the world. In particular, he called out the dumping of a statue of 17th century slave trader Edward Colston in Bristol Harbour, western England, as “dreadful”.

"I think that it's looting of our history and I absolutely condemn it”, he said, while attending his sister Christine Forster's book launch in Sydney on Thursday. Abbott said he doesn't pretend Australia's past is without weak spots, but emphasised that there is no way one could rewrite, or recreate history.

“I don't say the heroes of the past were without flaws but we should learn from their mistakes as well as appreciate their greatness”, he said, further lamenting the public’s ignorance: “Part of the problem is that so many people, who are now protesting are ignorant of the real history of these people”, he said.

Abbott also touched upon the figure of Winston Churchill, Britain’s prime minister during WWII. “Winston Churchill, to take another example of a defaced statue, was in some respects a man of his time with the weaknesses, the prejudices, the instincts of people of those days”, the politician stressed, going on to hail his achievements as of “one of the greatest heroes of all time who saved civilisation from the evils of Nazism”.

As crowds of Australians joined rallies in solidarity with the US BLM movement on Saturday urging for an end to Aboriginal deaths in the country, calls are on the rise to get statues of their own historical figures, including British explorer Captain James Cook, pulled down from their locations.

Prime Minister Scott Morrison addressed those rooting for the removal of statues to and “get a grip”. When asked whether he supported the removal of statues of Captain Cook, Morrison hit back reminding citizens that “Cook was no slave trader”, but “one of the most enlightened persons on these issues you could imagine”, he told 3AW radio.

“It [Australia] was a pretty brutal place, but there was no slavery in Australia”, he noted, conceding though that the country did have forced labour issues and a history of wages stolen from Aboriginal people up until the 1970s.

The prime minister said Australian protesters raised fair issues about indigenous people’s woes, including incarceration rates and deaths in custody, but lamented that the movement was being hijacked to push somewhat different agendas.

“This is not a license for people to just go nuts on this stuff”, Morrison told 2GB radio. Australians’ marches come in solidarity with George Floyd protests in the US, ignited by the death of a black man while being arrested by Minneapolis police for allegedly using counterfeit money.

The moment of his death, after now former officer Derek Chauvin knelt on Floyd’s neck for almost 9 minutes, was captured on camera, and sparked large-scale riots against police brutality and social injustice. Demonstrators have been calling for updated police reforms, which would envision total police accountability for their actions, as well as the fair treatment of people of colour in all walks of life.