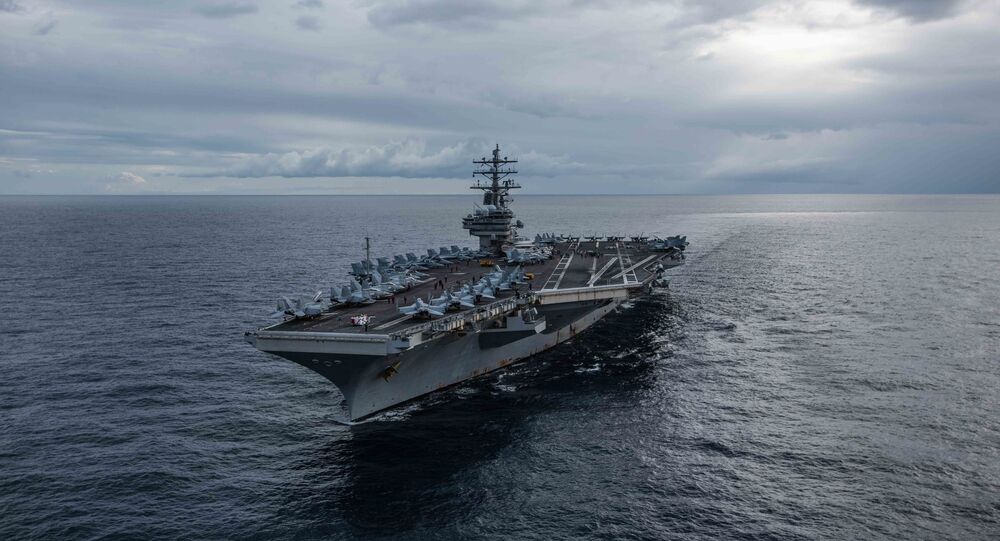 The US Navy has come roaring back from the COVID-19 lockdowns of months past, now having three aircraft carriers underway in the Pacific Ocean.

On Monday, two carrier strike groups put to sea in the Pacific: the USS Nimitz departed from San Diego, California, and the USS Ronald Reagan set sail from Yokosuka, Japan.

The Reagan had been in port for months for repairs, but the Nimitz just finished up drills following the end of its repairs in late April. Sailors in both strike groups endured a 14-day quarantine period, in order to prevent an outbreak of COVID-19 while underway.

According to a statement by the US Seventh Fleet, the Reagan took on a substantial amount of weaponry before setting sail.

“Following sea trials, Reagan commenced deployment by on-loading more than 1,000 tons of ordnance – enough combat power to cause the ship to sit five-inches lower on the waterline – in addition to personnel and aircraft from aviation squadrons,” the Navy said.

A third carrier, the USS Theodore Roosevelt, left Guam last week after being sidelined for two months when a huge percentage of the crew came down with COVID-19. Before it was done, the high-profile fiasco saw the Roosevelt’s captain fired from his post and ended the career of the acting US Navy secretary.

“The bottom line is that the mission endures and doesn’t take a break for the virus,” Rear Admiral George M. Wikoff, commander of the strike group led by the Reagan, told reporters. “We continue to promote regional security with our partners and maintain a very high state of readiness.”

As the COVID-19 pandemic shut down much of American society beginning in March, China, which was not hit nearly as badly by the virus despite being its origin point, continued military drills in the Pacific. Much ado was made in Western media about the Chinese aircraft carrier Liaoning sailing in the Pacific while none of the US Navy’s many carriers were there.