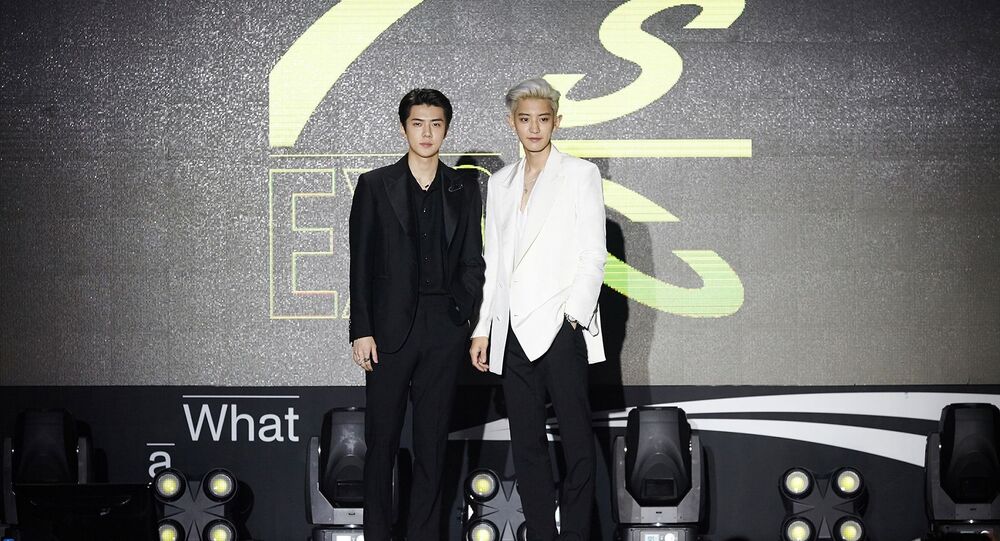 What a Life: Comeback of EXO’s Chanyeol and Sehun Duo Confirmed in July

This will be the second release of the K-pop boy band subunit after their last one in July 2019.

The two EXO members are preparing for a comeback as the subunit EXO-SC, the group's label SM Entertainment confirmed on 9 June. The rappers Chanyeol and Sehun participated in a photoshoot for the cover of the album, which is expected to be released in July.

Earlier in the day, rumours that the duo was preparing something for their fans started circulating on social media, claiming that someone from EXO was making an MV. Initial photos of the process were deleted soon after being published, but fans had already spread them on the Internet.

antcarpenter3520 instagram update!!! it seems like they’re building a studio for exo’s music video, is it exo-sc or jongin solo 👀 pic.twitter.com/NhVy3cLNpT

antcarpenter3520 instagram update!!! it seems like they’re building a studio for exo’s music video, is it exo-sc or jongin solo 👀 pic.twitter.com/NhVy3cLNpT

​The first album by the unit - "What A Life", released on 22 July 2019 - sold over 100,000 copies on Hanteo within just a day after being released and was warmly welcomed by the audience. The members of the popular K-pop band also worked with other prominent South Korean musicians, such as the rapper Gaeko from Dynamic Duo, while the artist GRAY composed a song and wrote lyrics for it alongside Rhythm Power's Boi B. Sehun and Chanyeol themselves participated in creating the album.

Fans of EXO, known as EXO-Ls, are happy with the news and hope that their release will generate long-awaited summer vibes just like their previous release did.