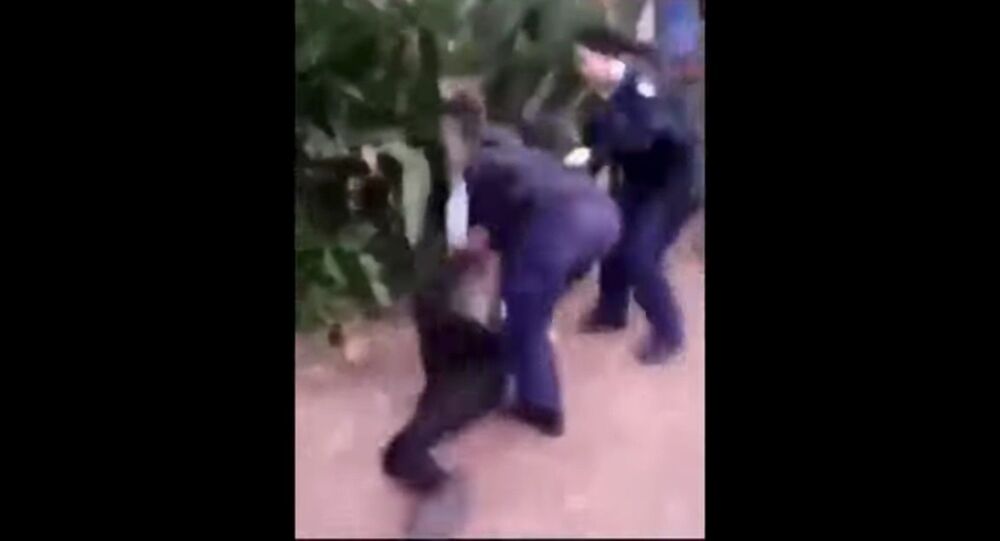 Mick Fuller, the commissioner of Australia’s New South Wales Police Force, on Tuesday remarked that the officer who forcefully slammed an Aboriginal teenager to the cement ground was simply having a “bad day.”

The Australian official made the comments during an interview on 2GB radio, where he also admitted that the Monday afternoon altercation between the teenager and the unidentified police officer could have been handled differently.

"Not for one minute am I saying the officer's actions were correct," Fuller later remarked before noting that the officer at the center of the now-viral video has not had any prior marks on his record.

"The fact that this officer doesn't have a checkered history and he has been in [the police force] for three and a half years, if the complaint is sustained against him, you would have to say he’s had a bad day."

Fuller has also stated that he does not believe the officer should be fired by the department.

Cellphone footage of the incident begins after police were already present at the scene in the inner-city Sydney suburb of Surry Hills. The video shows the junior constable walk toward the the teen after he had remarked that he would “crack [the cop] across the jaw.”

“Oi! What the f**k?!” the individual filming the arrest yells, as the arrestee is heard screaming out moments after landing on the ground. “You just slammed him on his face! He’s in pain!”

Although it’s unclear what initially drew cops to the area, an investigation has been initiated into the violent incident, and the officer has since been placed on restricted duty for the duration of the probe.

The teenager was later taken to a local area hospital for minor injuries before ultimately being released from police custody without being charged with any offense. Since the incident, the teenager’s family has indicated that they intend to pursue a private prosecution if the officer is not charged in the matter.

The Guardian reported that during a recent news conference held on Wednesday by the teen’s family, his mother stated that her son should be able to spend time at his local park without fear of being targeted by police.

“I don’t think he should be made to feel like he’s in a prison that’s made up of the whole world,” she said. “Because we’re Aboriginal, we see a lot of this all the time. We experience extra obligations to answer to people: who we are, where we’re going, what we’re doing, when we’re just walking along.”

The arrest comes amid global protests against police brutality that were brought on in the wake of the murder of George Floyd, a black, unarmed Minnesota man who was killed after a white police officer held his knee on Floyd’s neck for several minutes despite Floyd’s pleas that he could not breathe. During the conference, the teen’s family expressed solidarity with Floyd’s family and took a knee.

Pompeo Blasted by Rep. Eliot Engel for 'Thoughtless' Threat to Cut off Australia From Intel Sharing