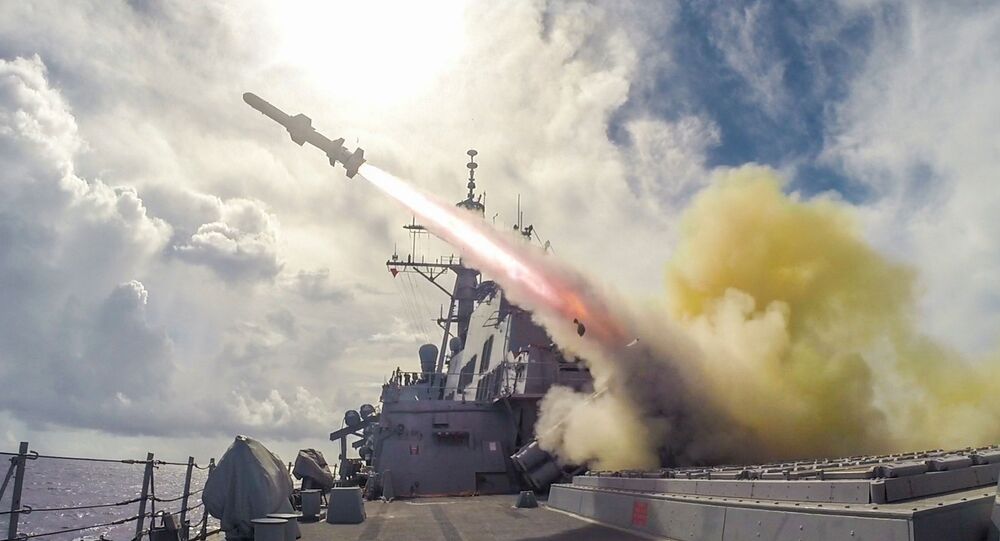 As tensions between Washington and Beijing persist, Taipei is maintaining its autonomy and has expressed interest in securing a deal for new Harpoon anti-ship missiles from US-based defense contractor Boeing.

The National Defense Ministry of the Republic of China revealed on May 28 that the democratically-ruled island intends to proceed in procuring Harpoon missiles from the United States, despite recent warnings from China and the already contentious relations between Washington and Beijing.

Deputy Defense Minister Chang Che Ping confirmed the future US-Taiwan arms deal while answering questions in parliament on Thursday, according to Reuters. He highlighted that the Harpoon missiles would be the island’s coastal defense cruise missile.

This came eight days after the White House briefed Congress on a possible $180 million deal for “up to 18 MK-48 Mod6 Advanced Technology Heavy Weight Torpedoes” and “related equipment.”

Neither deal has been finalized as of this article’s publication, but Chang claimed the current timeline estimate would result in a 2023 delivery of the anti-ship missiles from Boeing.

Beijing regards Taiwan as a rebellious province, but the island has maintained its autonomy since the People’s Republic of China was founded in 1949. Taiwanese President Tsai Ing Wen and her Democratic Progressive Party have taken a greater stand on Taiwan’s separateness from China since she won office in the 2016 election, though Taiwan has not officially declared independence from the mainland.

US aid to Taiwan has also increased within the past four years - much to China’s disdain.

Sputnik reported Friday that China’s Zhurihe Combined Tactics Training Base features a full-scale model of Taipei’s Presidential Office Building. The mock-up of the office building - which is separate from Tsai’s actual living quarters - is reportedly used by the People’s Liberation Army to prepare for future conflict.

On the other hand, Taiwan’s Ministry of National Defense announced back in March that its navy, air force and army had conducted large-scale military exercises “to test combat readiness.” These extensive drills included a simulated air attack from the Chinese People’s Liberation Army Air Force.