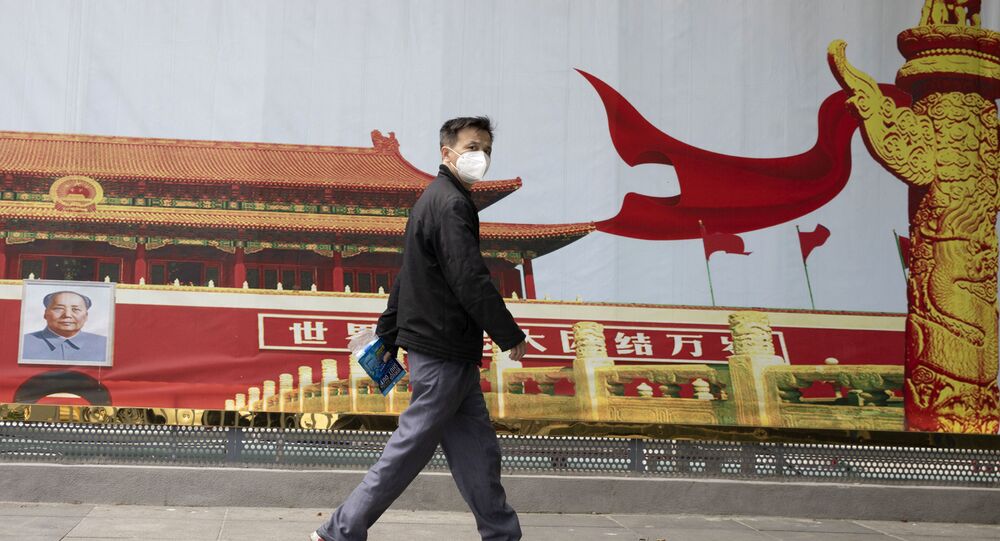 MOSCOW (Sputnik) - The Hong Kong police have banned an annual vigil to commemorate victims of the 1989 Tiananmen Square crackdown for the first time in 30 years, citing the need to follow social distancing measures and health concerns amid the COVID-19 pandemic, the South China Morning Post newspaper reported on Monday.

The vigil was supposed to be held on 4 June.

According to the South China Morning Post newspaper, the official ban came as Hong Kong recorded three new local coronavirus cases, bringing the total toll of those infected in the Chinese administrative region to five in just two days, after more than two weeks without recording locally transmitted cases.

The police reportedly cited the government regulation banning public gatherings of more than eight people until Thursday as a reason to prohibit the vigil.

Nevertheless, the Hong Kong Alliance in Support of Patriotic Democratic Movements of China, the organiser of the event, said that on Thursday, its members planned to go to Victoria Park to observe a moment of silence. The alliance called on the public to light candles across the city and join an online gathering to commemorate victims of the crackdown, the newspaper added.

© REUTERS / TYRONE SIU
EU Concerned Over Beijing's Move to Develop National Security Bill for Hong Kong
Every year, Hong Kong holds events in memory of victims of the student protests that erupted in Beijing on 15 April 1989 and culminated on 4 June. To stop the protesters, who were demanding democratic reforms, the Chinese army deployed tanks to the city, which led to violent clashes that, according to official data, claimed over 200 lives and left hundreds injured.

The ban on the vigil was introduced in light of protests in Hong Kong over Beijing's plans to adopt new security legislation. Thousands of people have participated in the demonstration as they consider the bill as a threat to their civil liberties. In addition, Hong Kong protesters also rallied against a new bill that would criminalise disrespect of the Chinese national anthem, which is also perceived as a threat to their freedom.