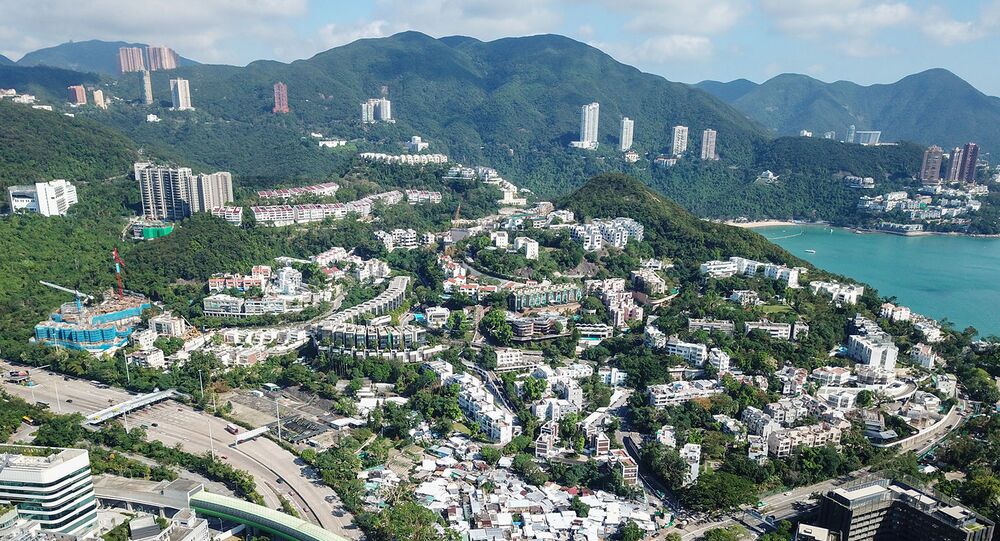 US Government 'Selling $1.8 Billion Worth of Property in Elite Hong Kong Area'

On 29 May, US President Donald Trump declared that "Hong Kong is no longer sufficiently autonomous to warrant the special treatment that we have afforded the territory" and is therefore subject to a number of restrictions.

The US government is selling property in one of Hong Kong's most exclusive neighbourhoods, Bloomberg reported citing a State Department representative's email.

The property, worth some $1.82 billion, according to the media, is located in Shouson Hill, south of Hong Kong Island, an area popular among the city's richest people.

The report also says that the State Department is investing in enhancing other US government-owned assets in Hong Kong, including the US Consulate General's office building.

© REUTERS / Jonathan Ernst
'They Broke Their Word': Trump Says Hong Kong No Longer Autonomous From China
Tensions between the US and China over Hong Kong escalated earlier this month after China's governing Communist Party proposed a bill to ban "separatist, subversive, and terrorist activities" along with any form of foreign interference in Hong Kong.

The initiative provoked a new wave of protests in Hong Kong, with some people expressing concerns that the bill would restrict the administrative region's liberties and undermine Hong Kong's special status within China.

On Friday, US President Donald Trump claimed that "Hong Kong is no longer sufficiently autonomous to warrant the special treatment that we have afforded the territory" and is therefore subject to a number of restrictions.

"We will be revising the State Department’s travel advisory for Hong Kong to reflect the increased danger of surveillance and punishment by the Chinese state security apparatus", POTUS said, adding that the "necessary steps" will be taken to sanction mainland Chinese and Hong Kong officials "directly or indirectly involved in eroding Hong Kong's autonomy".

Beijing, in turn, urged foreign countries to "immediately stop meddling in Hong Kong affairs and China's internal affairs as a whole" and promised to come up with "strong countermeasures" if the warning is ignored.