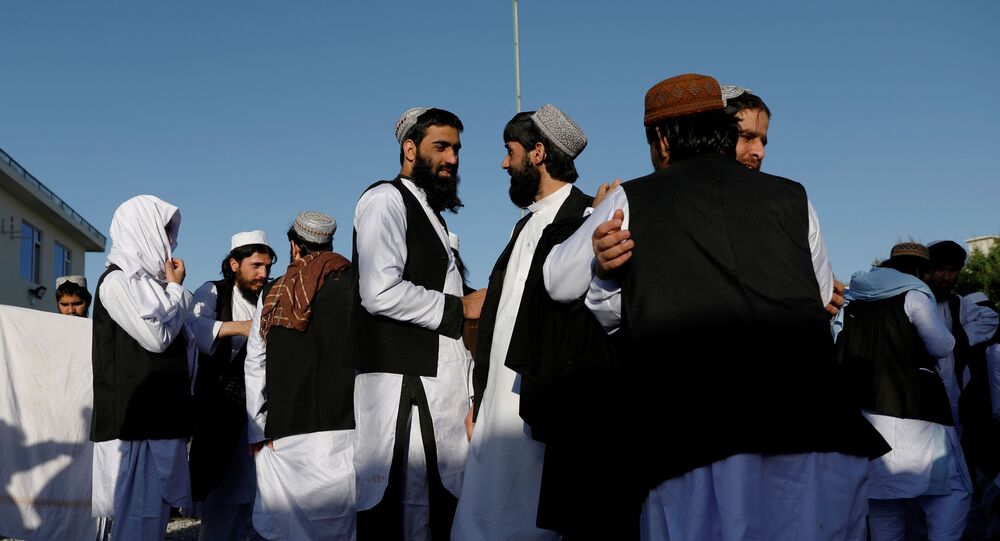 KABUL (Sputnik) - The Afghan government has released another 710 Taliban* prisoners as part of President Ashraf Ghani's commitment to free 2,000 militants in response to the Eid ceasefire, the Afghan National Security Council said in a statement.

"The Government has released 710 Taliban* prisoners from Pul-e Charkhi, Parwan and other prisons in the provinces since yesterday", the National Security Council said. The releases will continue "tonight and tomorrow morning" to meet the 2,000 target.

On Tuesday, 900 Taliban* prisoners were released across the country. The released prisoners were mainly from the Pul-e-Charkhi prison in Kabul and the Bagram prison in the central Afghan province of Parwan, National Security Council's spokesman Javid Faisal said, as quoted by local media.

On 23 May, the militant group declared a three-day ceasefire in Afghanistan on the occasion of Eid al-Fitr, a Muslim holiday marking the end of the fasting period. Fighting resumed in Afghanistan after the Eid festival ceasefire expired on 26 May.

The exchange of prisoners, ceasefire, and launch of intra-Afghan talks — as components of a peace deal negotiated with the mediation of the United States earlier this year — are expected to pave the way for ending the almost two-decade-long confrontation between Kabul and the Taliban*.