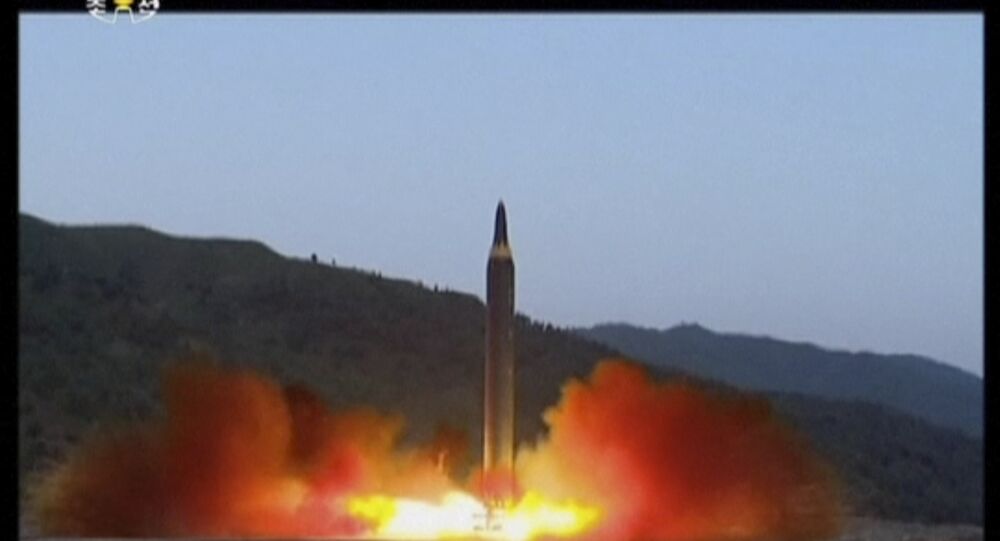 In an indictment unsealed on Thursday, the US Department of Justice accused 28 North Koreans and five Chinese nationals of laundering more than $2.5 billion through a network of shell companies to circumvent sanctions on Pyongyang and get funds in support of its nuclear program.

According to the indictment, which was filed in February but unsealed on Thursday, the group of Chinese and Koreans named "did knowingly combine, conspire, confederate and agree with others" to defraud the US government by obstructing its enforcement of multiple economic sanctions against the Democratic People's Republic of Korea (DPRK) and "to obtain moneys and funds owned and under the custody and control of, a financial institution, by means of false and fraudulent pretenses, representations, and promises, that is by concealing from US financial institutions that they were engaged in financial transactions with a North Korean financial institution."

The indictment details an alleged web of more than 200 shell companies operating in a variety of countries, including Thailand, Libya, Austria, Russia, Kuwait and China, used to obscure the fact that funds were being deposited in the DPRK's Foreign Trade Bank. The DOJ alleges these funds were used to bankroll the socialist country's nuclear weapons program. It cites incidents allegedly tied to the fraud scheme as far back as 2013.

The DPRK's nuclear weapons program dates to the 1980s, but the country only tested a nuclear device in 2006. It is believed to have less than 30 nuclear warheads, and while it has ballistic missiles capable of reaching the United States, it is not yet believed Pyongyang has successfully miniaturized a nuclear warhead enough to be able to fit it on top of such a missile.

However, the DPRK has not tested a nuclear weapon since September 2017, when it claimed to have tested a thermonuclear weapon and placed a voluntary moratorium on its testing in an attempt to bring the US to the negotiating table.

The US has long used economic sanctions as a weapon to frustrate the North Korean nuclear program, even using an impending famine as leverage in the mid-1990s to force Pyongyang to temporarily halt the program. After renewed talks began between the US and DPRK in 2018, North Korean leader Kim Jong Un sought to win the removal of some trade sanctions in exchange for the destruction of certain nuclear facilities, but US leaders insisted on total denuclearization before any sanction was lowered, causing the negotiations to fall apart the following year.

On Sunday, Pyongyang's Korean Central News Agency (KCNA) reported that a recent meeting of the Workers Party of Korea's Central Military Commission had taken up the questions of "further increasing the nuclear war deterrence of the country and putting the strategic armed forces on a high alert operation."

Earlier this week, the Washington Post reported the Trump administration had begun internal deliberations on restarting US nuclear weapons tests, on hold since 1993, noting the move was aimed primarily at demonstrating to China and the DPRK that it could do so in just a matter of months.