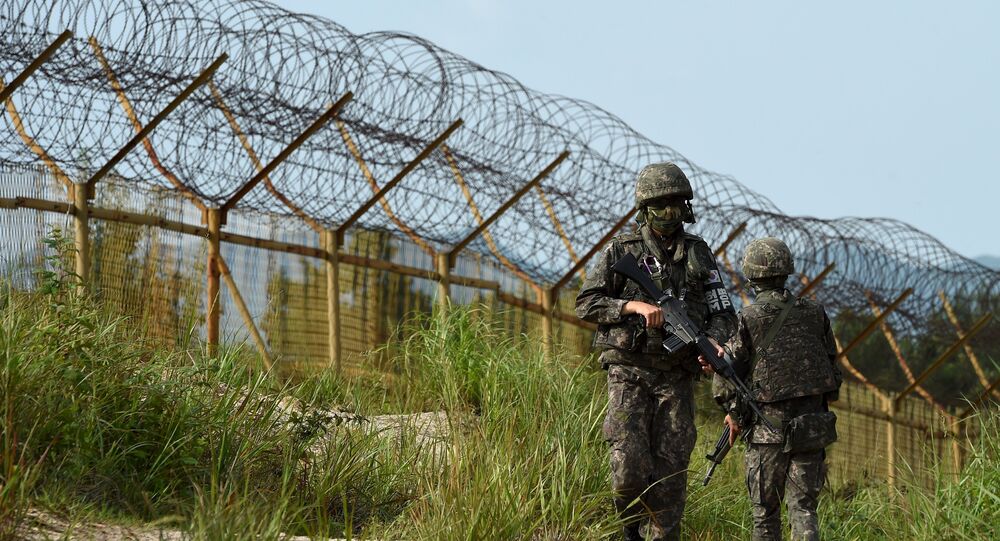 In early May, South Korea’s Joint Chiefs of Staff said that they had taken action after multiple gunshots were fired from North Korea, hitting Seoul’s guard post inside the Korean Demilitarised Zone (DMZ).

In a press release on Tuesday, the United Nations Command (UNC) said that their investigation "was unable to definitively determine if the [North Korea's] four rounds were fired intentionally or by mistake" during an incident that took place across the Korean Demilitarised Zone (DMZ) earlier this month.

The UNC added that North Korea had admitted receiving a request for the shooting-related information but had not given a formal response yet.

The press release comes after UNC spokesman Army Col. Lee Peters said that the probe had found that both sides "committed armistice agreement [1953] violations with unauthorised small-arms fire across the Military Demarcation Line".

The command assured that they were closely cooperating with the South Korean military as they plan to hold follow-up discussions with both sides "to encourage an implementation of measures" to prevent new such shootings.

© AFP 2021 / ED JONES
A vehicle leaving the Kaesong joint industrial zone passes through disinfectant spray before a checkpoint at the CIQ immigration centre near the Demilitarized Zone (DMZ) separating North an South Korea, in Paju on February 11, 2016

Shortly after North Korea fired four rounds of 14.5 mm small arms from a guard post on their side of the DMZ on 3 May, the South Korean Joint Chiefs of Staff (JCS) said that they were "taking actions via inter-Korean communication lines to grasp the detailed situation and to prevent any further incidents".

The South Korean Defence Ministry, in turn, said at the time that "our military unit on the ground took appropriate measures according to our response manual", in an apparent nod to the South's military firing two volleys of gunfire toward the North.

The 4-kilometre (2.5-mile) DMZ was created after Seoul and Pyongyang failed to conclude a peace treaty following the Korean War of 1950-1953. The area has served as a meeting place for the leaders of both Koreas and the United States, as the countries took steps to resume the stalled talks on Pyongyang's nuclear arsenal.

In February, South Korea urged UNESCO to facilitate recognition of the DMZ zone at the border with North Korea as an international peace zone to serve as a security guarantee for both countries.