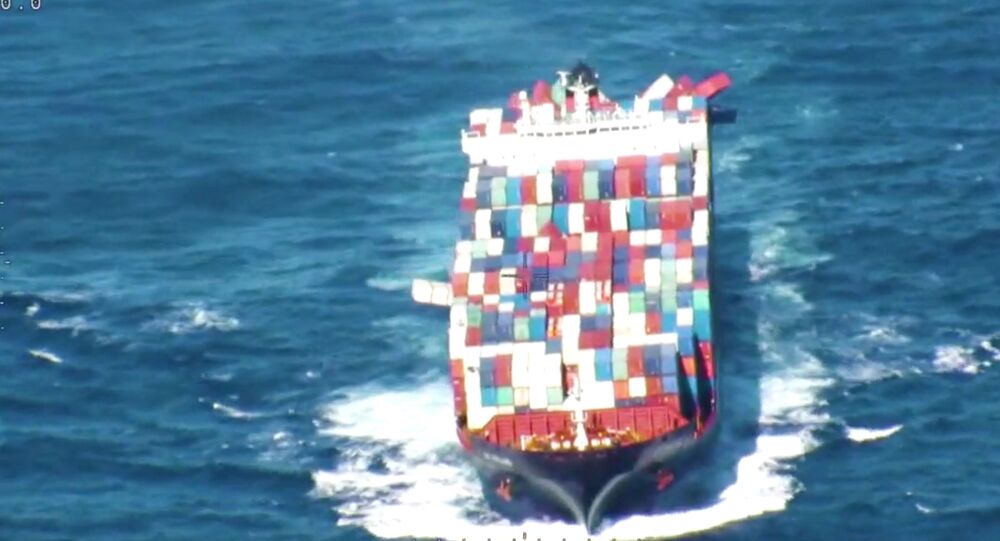 The ship APL England, which was en route to Melbourne from China, reportedly returned to a dock at the Port of Brisbane after the incident on 24 May.

At least 40 containers have fallen overboard after a Singapore-flagged cargo ship navigated the heavy seas off the coast of Australia, maritime officials reported on Monday.

The Australian Maritime Safety Authority (AMSA) said that the incident occurred on 24 May when the vessel APL England lost propulsion about 73 kilometres (45 nautical miles) southeast of Sydney.

"The ship's power was restored within a few minutes but during this time the ship reported that it was rolling heavily, causing container stacks to collapse and several containers to fall overboard", AMSA said in a statement.

An additional 74 containers were damaged and remained collapsed on the deck of the ship, which was on a journey from the Chinese city of Ningbo to Melbourne, Australia.

AMSA added that initial modelling from the incident suggested that "if there was any floating containers or debris it would likely wash up to the north of Sydney".

The agency also said that they are closely working with the Maritime Authority of New South Wales "to monitor the situation and develop an appropriate response".

AMSA recalled that it was not the first time the ALP England has lost cargo when at sea, singling out an incident in 2016 when the ship lost 37 containers in the Great Australian Bight in the Indian Ocean.

The Australian Transport Safety Bureau (ASTSB), for its part, pledged to open a probe into the incident, adding that investigators plan "to survey damage to the vessel and container stacks, interview the crew and retrieve available recorded data", among other things.