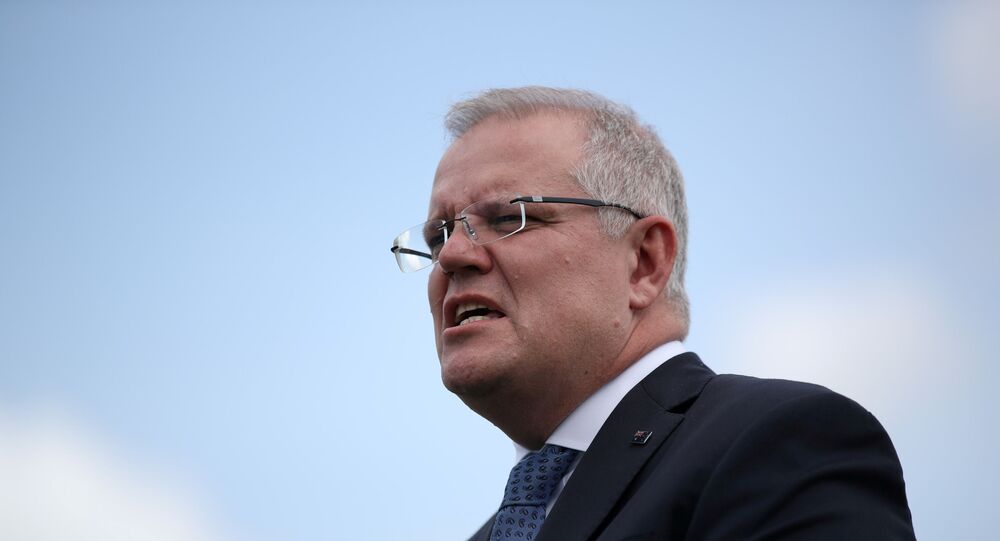 Trade relations between the two geographic neighbours reached a new low as Beijing banned several Australian beef-exporting companies and slapped an 80% tariff on the country's barley over accusations of subsidising businesses in violation of WTO regulations.

Australia's Prime Minister Scott Morrison has unveiled his "JobMaker" plan that is supposed to help the country's economy get out of the "ICU", return it to growth, and slash unemployment - which has reached almost 10%. The plan is based on five principles, which include relying on Australia's strong points, caring about its people and, among other things, free trade.

Commenting on the latter, Morrison noted that the country will be a champion of international trade without economic barriers and will find new markets for its goods.

"We will not retreat into the downward spiral of protectionism. To the contrary, we will continue to be part of global supply chains that can deliver the prosperity we rely on to create jobs, support incomes and build our businesses", Morrison said.

The prime minister's remarks come in an apparent reference to the country's recent row with China - the destination market for nearly one third of Australia's exports. As a result of claiming for almost three years that Canberra was dumping its barley on the Chinese market, Beijing slapped an 80% tariff on Australian barley and has temporarily banned the import of beef from four of the country's companies.

Beijing suspects that the Australian government has been subsidising barley producers in violation of the WTO's regulations since the $10 billion rescue plan for the Murray-Darling river system was announced in 2007. The plan proposed modernising the irrigation systems in the nation's largest farmland, which is responsible for the greatest share of agricultural goods produced in Australia.

Chinese authorities, however, believe that the plan has resulted in an unjustified subsidisation of the businesses, thereby allowing them to sell their products in China at cheaper prices, creating an uneven playing field for domestic agricultural companies.

The tensions between the two trade partners were further exacerbated by Canberra's demands to close Chinese wildlife wet markets, where the coronavirus purportedly originally jumped to a human host, and investigate the reasons as to why the pandemic managed to spread throughout the world. The last accusation seemingly goes in line with US attempts to hold Beijing accountable for the global COVID-19 outbreak.