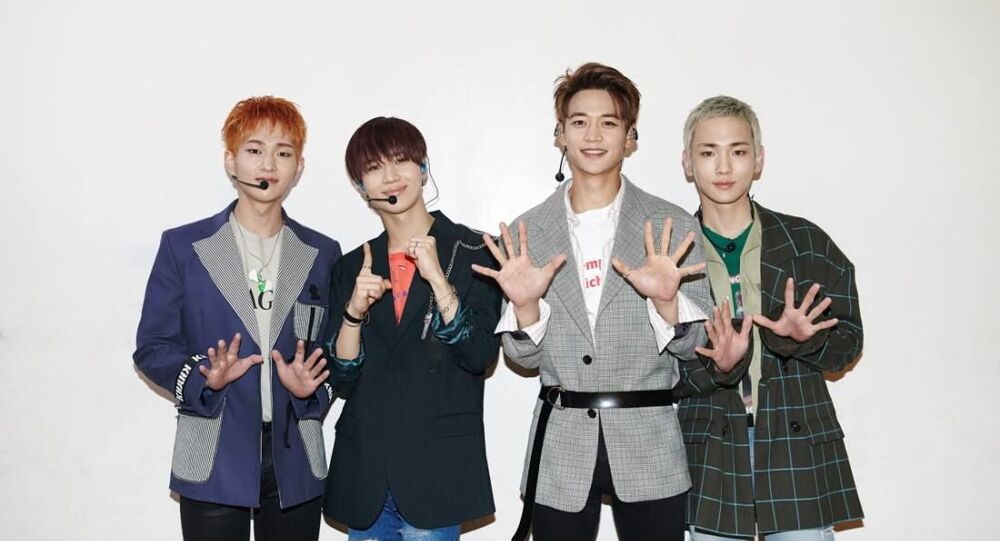 This year the group's anniversary will be celebrated in the presence of only one member, as the other three are currently honoring their mandatory national service obligation.

SHINee, considered by many to be the princes of K-Pop among fans of K-wave, are celebrating a dozen years of shining onstage, as 25 May marks the band's first stage performance of their debut hit song 'Replay'.

This year Shawols - the group's fan base which translates to 'SHINee world' - will celebrate the group's debut anniversary without three members: leader and lead vocalist Onew, sub-rapper and sub-vocalist Key and main rapper Minho, as the three undergo compulsory military service. Despite the absence, fans received handwritten messages of the three through the fan app Lysn.

​While his older colleagues serve in the military, 'maknae' (a nickname designating the youngest member of a K-Pop group) and main dancer Taemin, who is being promoted now as a solo singer and member of another project - super group Super M - is doing his best to not let Shawols feel lonely and disappointed. He shared on his Instagram account a photo dedicated to the date.

Formed by South Korea's SM Entertainment, the largest music label in the nation, SHINee debuted in May 2008 with the EP 'Replay', taking the music charts by storm. They collected most of the rookie awards that year and shortly thereafter became a new face of the so-called Hallyu wave, with recognizable and popular songs like 'Ring Ding Dong', 'Lucifer', 'Sherlock' and 'Everybody'. RDD is so popular that it is included in a list of songs banned from being played before exams in Korea, because its catchy tune distracts students from their studies.

In 2017, tragedy struck the group, as SHINee's main vocalist, Jonghyun, suffering from severe depression, committed suicide at the age of 27. The music industry in South Korea lost an incredibly talented artist who was also gifted songwriter, and the group - known for its family-like relations - lost its only irreplaceable member. The group was on the verge of collapse but after discussions, the boys chose to continue their chart dominance, ostensibly for the sake of the fans and because, as they claimed, Jonghyun would have wanted them to do so. His death had a wide impact on the K-Pop industry, primarily by demystifying the issue of mental health.

The Shawols still consider SHINee as a 5-member group and still mention Jonghyun as a part of the band with words of love.

The fans are waiting for the group's resurrection, following the completion of the members' military duty.

Fans are trending hastags #AlwaysWithYouSHINee and #12YearsWithSHINee in Korea and worldwide to congratulate the fandom and their favs.