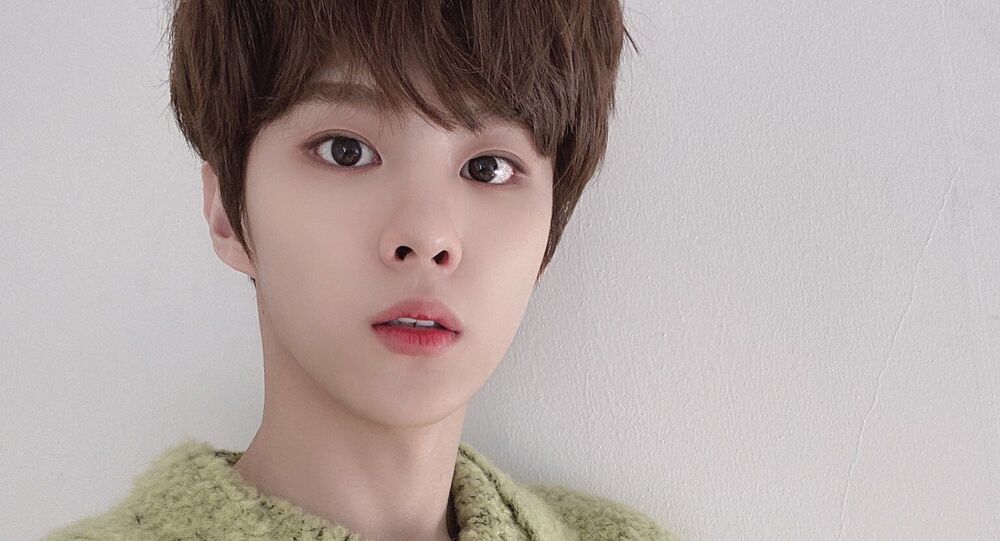 The young artist will show off different sides of his talent through music.

Ex-member of X1 and part of UP10TION Kim Woo-seok, also known by the stage name Wooshin, on 23 May shared a medley of seven songs for his upcoming album “1ST DESIRE [GREED]”. The disc will be released on 25 May.

The singer, who is rapidly gaining popularity, has already teased fans with MV teasers for the lead song “Red Moon” that he co-composed and wrote the lyrics for and has participated in the creation of some other songs from the release “Intro: Lost”, “Do U Like”, as well as “Beautiful” and “The Winter". The songs are all written in different genres: strong dancing tracks alongside touching and tender ballads.

This will be his first promo since the project group X1, which was disbanded in January this year. The band was created on the survival show “Produce X 101” and Woo-seok was on the final line-up. His popularity has risen since then and he has even received a lead role in the upcoming K-drama “Twenty Twenty” and has his own fan club named “Nia”.

His main group, Up10tion, debuted back in 2015 with Top Media Entertainment. The group's last release was the EP “The Moment of Illusion” in 2019 without Woo-seok, due to his participation for the debut with X1 at the time.

I CAN'T WAIT TO HEAR ALL THE SONGS
THIS ALBUM IS GONNA BE BEAUTIFUL 🤧#KIMWOOSEOK#1ST_DESIRE_GREEDhttps://t.co/CfIYmk5PxP