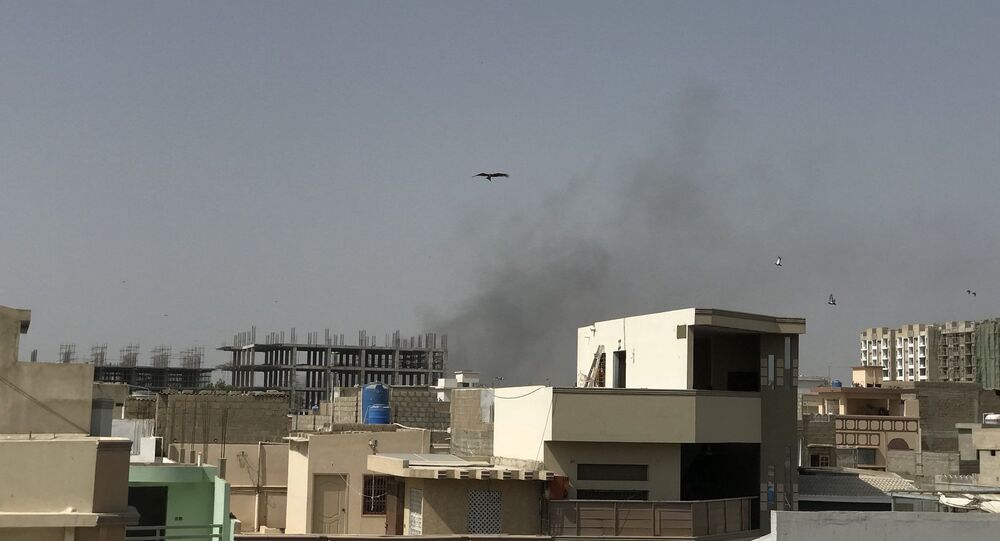 A Pakistan International Airlines A320 Airbus was carrying at least 90 people and was scheduled to land at Jinnah International Airport when it suddenly crashed into a residential neighhbourhood in Karachi.

Rescue teams and law enforcement are at the crash site and have started rescue operations.

According to Geo News citing the Civil Aviation Authority, communications with the plane were lost one minute before landing.