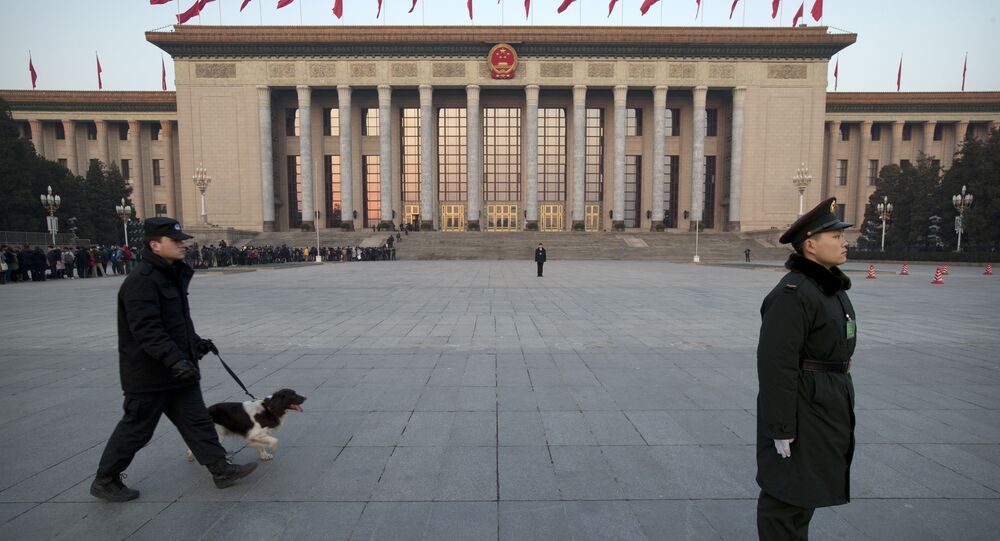 BEIJING (Sputnik) - Beijing is set to put forward a resolution that will allow the National People's Congress during its upcoming session to pass national security legislation to ban secession and foreign interference in Hong Kong, the South China Morning Post newspaper reported on Thursday, citing sources in the Chinese capital.

The 13th annual session of the Chinese NPC, initially scheduled for 5 March but postponed due to the spread of the coronavirus, will open in Beijing on Friday. The draft will be shared with lawmakers on Thursday night and presented as a motion to the NPC on Friday afternoon, the newspaper said.

The new national security law will forbid all seditious activities aimed at toppling the central government and external interference in Hong Kong’s affairs, as well as terrorist acts in the city, the newspaper said.

The NPC is set to vote on the bill at the end of the annual session, which is likely to be on 28 May. Then, it will be forwarded to the Standing Committee of the NPC, which will work on the details of the future legislation, the newspaper added.

The move is believed to be made as a result of the Legislative Council of Hong Kong failing to pass a security law on its own, given the city’s political climate.

The city has been gripped by violent protests since June. Numerous demonstrators initially took to the streets to protest a proposed extradition bill, but riots continued and became violent even after the unpopular measure was withdrawn in October. Beijing has said that the situation in Hong Kong was the result of foreign interference in China's domestic affairs and expressed full support for the local authorities to avert violence and restore order.