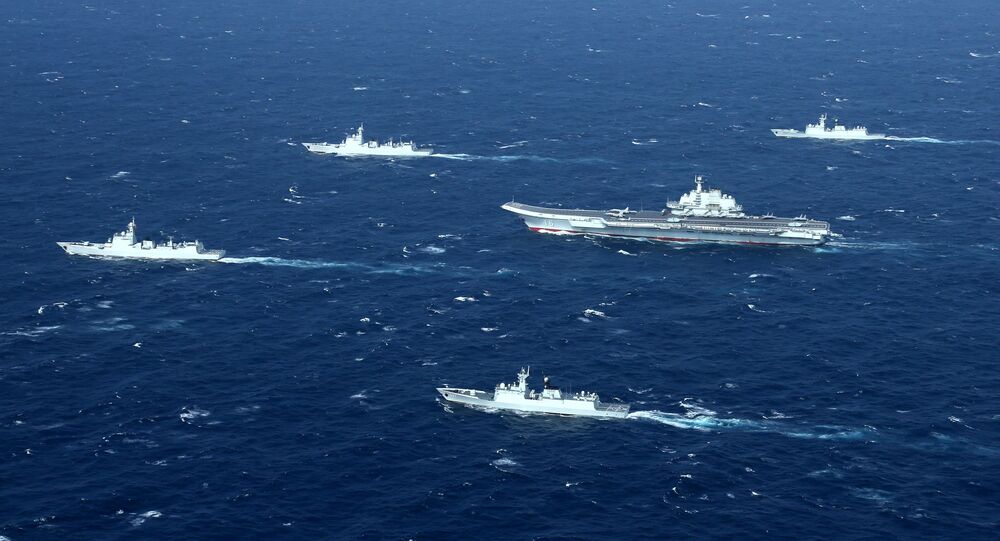 China's defence budget draft for 2020 is expected to be released on Friday, with most Chinese military observers reached by the Global Times believing the figure will continue to rise amid the "black swan" COVID-19 pandemic that has impacted China's economy but also raised additional national defence demands.

In a Global Times survey with nine military experts, three calculated a growth rate of around 3 percent, leading to a possible budget of about 1.22 trillion yuan ($171.5 billion), one predicted a 5 to 6 percent growth to about 1.25 trillion yuan, three said it was difficult to forecast, and two said a shrink is possible.

China takes into consideration the development of the economy and the demands of national defence when deciding on the appropriate scale and composition of defence expenditure, according to the national defence white paper issued by the State Council Information Office in July 2019.

Both these elements favor growth, although the growth rate could become slower, analysts said.

In the past three decades, China has kept its military expenditure/GDP ratio to under 2 percent. In the last 10 years, this figure was maintained at around 1.3 percent, according to the 2019 white paper.

This overall trend is unlikely to change drastically, analysts said.

Despite China's economy contracting 6.8 percent in the first three months of the year due to quarantines introduced as an important measure to control and prevent COVID-19, which has restricted many kinds of businesses and trade activities, the country's economy is already restarting following the comprehensive work resumptions and daily activities along with normalized epidemic control measures. Many economists recently reached by the Global Times predicted a 3 percent GDP increase for the year 2020.

Beijing-based military expert Li Jie told the Global Times that China's military budget will likely follow the general direction of the economy and grow based on the increase in GDP, so while this year's defence budget will not grow as fast as in last year, a slight growth should still be expected.

Some optimistic GDP growth predictions of 2 to 3 percent indicate a similar growth in the military budget, but the final expenditure could be adjusted according to the actual situation, Li said.

If GDP growth is assumed to be at about 3 percent, the defence budget should also aim for a similar growth, a Chinese military expert who asked not to be named told the Global Times.

Deviations in the military budget could also occur based on the projected military expenditure/GDP ratio, which could fluctuate within the 2 percent range, the anonymous expert predicted.

A lowered defence budget growth would be a rational choice, because it will not overwhelm the country's finances and would still ensure the military's training and exercises as well as key projects in weapons and equipment development, Wei said.

China has been facing additional national defence threats from Western countries headed by the US.

Since the start of 2020, the US has been frequently sending warships and warplanes into the South China Sea and East China Sea, with some crossing the Taiwan Straits, sending wrong signals to Taiwan secessionists. This situation was exacerbated after US aircraft carriers were hit by COVID-19 in March.

According to a report released by the Stockholm International Peace Research Institute (SIPRI) in April, the US has driven global military expenditure growth, spending a whopping $732 billion in 2019. By comparison, China spent only $261 billion. The number for China in the SIPRI report is higher than China's official figure.

China needs to moderately increase its defence budget and boost its military capabilities, particularly under the current complicated circumstances and with the US making provocations near China, Li said.

Wei said that China still needs to develop and produce more advanced weapons and equipment, and increase salaries and benefits for officers and soldiers, and a continuously increasing budget will provide sufficient funding.

The above-mentioned anonymous expert said that despite several technological breakthroughs in military equipment, China still operates a vast arsenal of outdated weapons such as Type 59 tanks and J-7 fighter jets. They need to be replaced by advanced weapons like Type 99A and Type 15 tanks and J-10 fighter jets. The numbers of China's most advanced weapons such as the J-20 fighter jet, Type 055 large destroyer and aircraft carriers are also limited and require huge amount of funding.

According to a report submitted to the 19th National Congress of the Communist Party of China held in 2017, the Chinese armed forces should achieve mechanization in 2020, Xinhua reported.

Song Zhongping, a Chinese military expert and TV commentator, told the Global Times that China should step up its military preparedness given the increasing military pressures from countries and regions like the US, so the military budget increase should be kept the same as last year although a slightly lowered growth rate will also be acceptable.

In the post-pandemic period, the international and regional situation might further deteriorate in a manner that is unfavorable to China, Song said, noting that boosting investment in a strong national defence field will also ensure a peaceful environment in which the Chinese economy can continue to steadily develop.

The funding will also go to the Chinese military's non-combat capabilities, Song said.

The Chinese military has played vital roles in China's achievements in overcoming the COVID-19 epidemic. Thousands of medical personnel from military medical units were dispatched via military transport means to aid Wuhan in Central China's Hubei Province, the city hit hardest by the epidemic in the country, while top Chinese military scientists are leading the world in COVID-19 vaccine development.

They have also provided solid support to the Chinese people, helping them overcome major disasters like the epidemic, return to normal lives and enjoy stable economy development, Song said. An increased military budget will be worth it, he said.

An expanding defence budget would also give more funding to China's military research and development, which is actually boosting domestic demand at a time when exports are being hit by the pandemic, Song said, noting that this will bring momentum to the economy and enhance China's technological level, which will in turn boost the economy further.