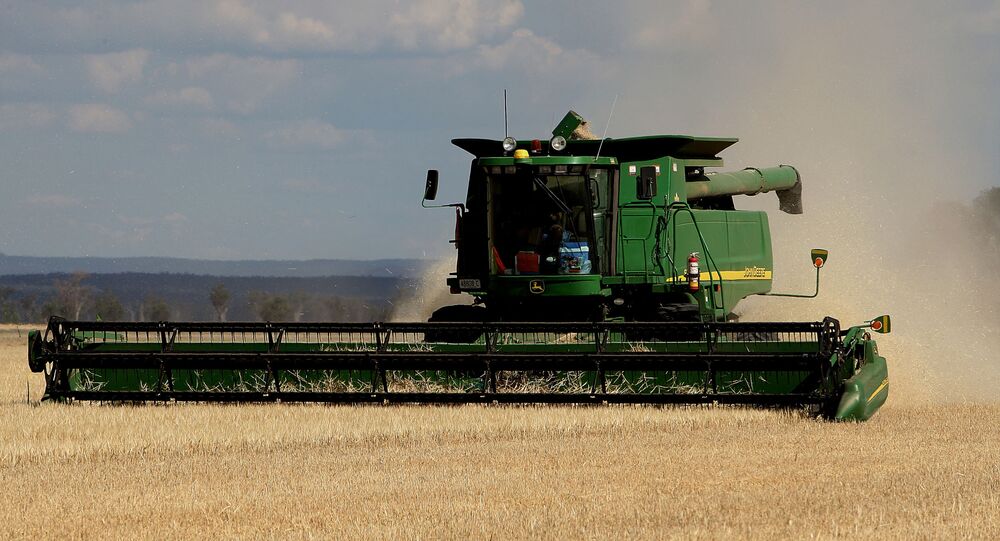 Beijing suspects Canberra of price dumping its barley, crippling the position of China’s domestic agriculture industry, and is reportedly considering slapping tariffs as high as 80% on the crop.

Australia's Trade Minister Simon Birmingham has urged Beijing to return his calls and discuss the bilateral conflict over the price of barley that Australian companies are exporting to China. The minister complained in an interview with ABC that so far, the Asian country has ignored Canberra's attempts to negotiate a solution.

"We've made a request for me to be able to have discussions with my Chinese counterpart. Now that request has not been met with a call being accommodated at this stage. [...] We are open to have that discussion, even where there are difficult issues to be discussed at any time", he said.

Birmingham added that if China introduces tariffs against Australian agricultural products, then his country will not hesitate to challenge the measure in the World Trade Organisation.

His call for a dialogue with Beijing comes as China is about to finish its almost two-year investigation into accusations that Australia has been dumping barley on the Chinese market. While Chinese officials have not yet revealed what possible measures Beijing could implement against Canberra, a report by The Australian Financial Review, citing obtained documents, claims that China may decide to slap tariffs upwards of around 80% on Australian barley.

According to the report, Chinese authorities suspect that Australia’s dumping comes as a result of the country’s $10 billion rescue plan for the Murray-Darling river system that was announced in 2007. The plan proposed modernising the irrigation systems in the nation's largest farmland. Murray-Darling is responsible for the greatest share of agricultural goods produced in Australia, but has been facing major draughts that have impaired its productivity.

The report claims, however, that Beijing views the rescue plan as an unjustified subsidisation, creating unfair competition for Chinese agricultural companies at home.

Authorities in Australia deny the Chinese allegations and have been actively trying to defend the country's agriculture industry, the exports of which are mostly dependent on consumers in China. The trade minister insists that barley exported to China come from different areas, namely Western Australia and the west coast of South Australia, and hence they could not have been impacted by the Murray-Darling river system rescue plan.