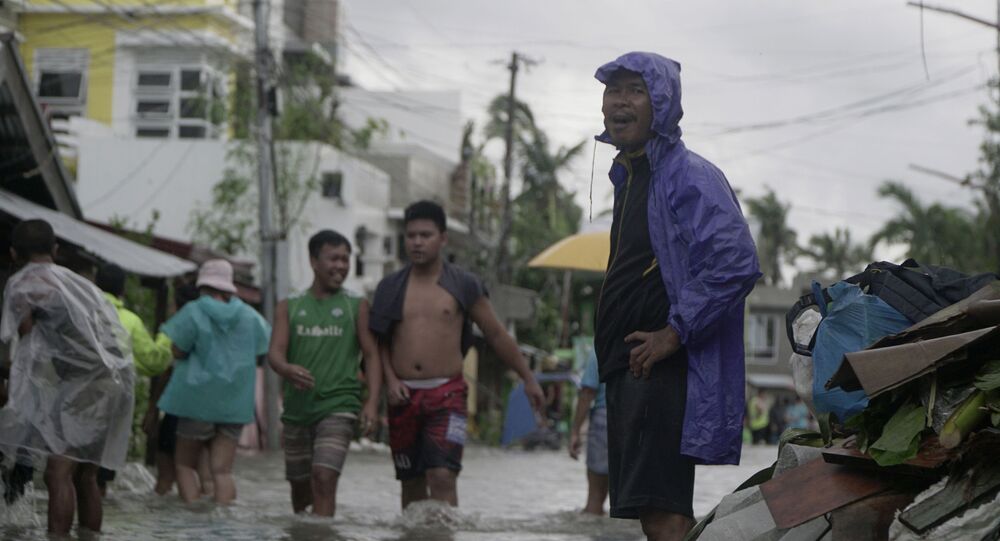 MOSCOW (Sputnik) - At least five people have died and more than 90,000 have been displaced as a result of Typhoon Ambo which has made its way across the Philippines archipelago over the course of the day, media reported Saturday.

According to The Star newspaper, tens of thousands of people were forced into cramped conditions in shelters despite social distancing recommendations in place over the coronavirus pandemic.

PAGASA (Philippine Atmospheric, Geophysical and Astronomical Services Administration) said that the typhoon has begun to weaken and will be out of the country by Monday.

The tropical storm, part of an annual system known locally as the Vongfong, hit the island nation on Thursday with wind speeds of up to 80 kilometres per hour, causing extensive damages by cutting off electricity, blowing off rooftops, felling trees and landslides, national broadcasters showed.

The Philippines is subject to some of the most severe storm events, with the 2013 “super-typhoon” Haiyan claiming over 6,300 casualties and causing nearly $3 billion in damages.