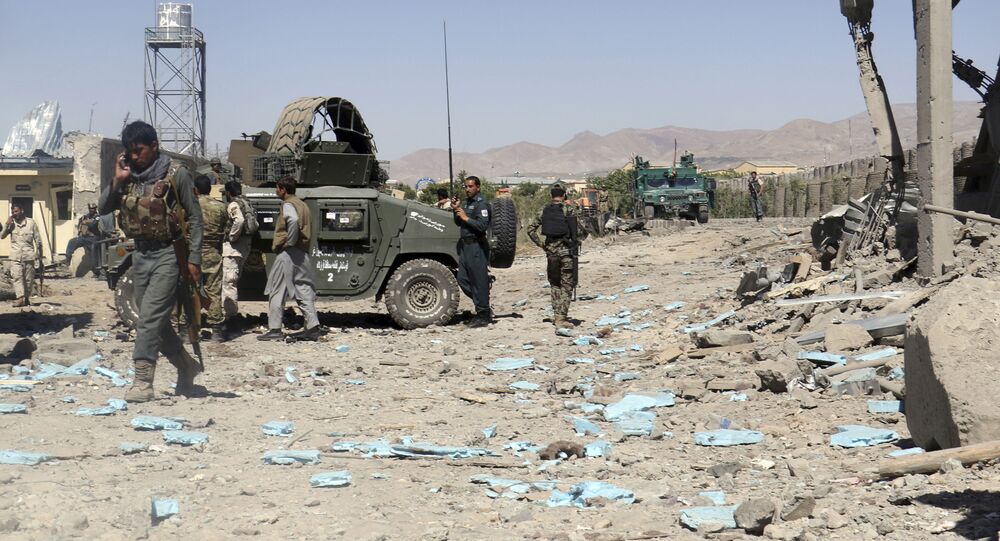 KABUL,(Sputnik) - A car bomb exploded at a square in the city of Gardez, the capital of the eastern Afghan province of Paktia, on Thursday, a Sputnik correspondent reported.

A shop owner in Gardez told Sputnik that the blast was powerful and caused casualties.

According to the spokesman for the Paktia provincial governor, Abdullah Hasrat, the explosion took place near the Afghan National Army (ANA) office at around 8.20 a.m. (03:50 GMT).

A spokesman for the 203rd 'Tandar' (Thunder) Corps, Aimal Mohmand, said the Mazda truck exploded before reaching the ANA office.

"The information is that so far four people have been killed and ten injured, including both civilians and soldiers," Paktia's police chief, Col. Sultan Dawood, told Sputnik.

Meanwhile, according to Tariq Areen, a spokesman for the Afghan Interior Ministry, dozens of civilians were killed and injured in the morning explosion.

He added that the attack was carried out by Lashkar-e-Taiba (LeT, terrorist organization banned in Russia) and the Taliban-affiliated Haqqani network.