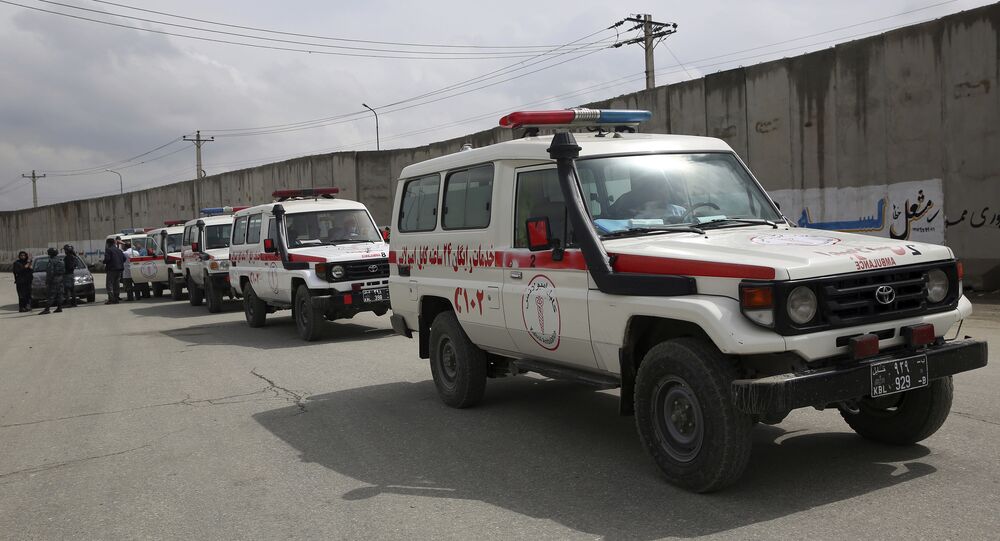 KABUL (Sputnik) - Fifteen people were killed and 56 others were injured in the bomb blast that took place at a police chief funeral in Afghanistan's eastern Nangarhar province, Attaullah Khogyani, the provincial governor's spokesman, said on Tuesday.

"Fifteen people were martyred and 56 others were injured in a bomb blast on a funeral ceremony in Koz Kunar district ... The health condition of many of the injured has also shown to be critical," Khogyani said.

Earlier in the day, Khogyani said that at least 40 people were killed and injured at the funeral of Haji Sheikh Ikram, who used to serve as the commander of the Koz Kunar district's police unit. He died last night due to a heart attack.

Eyewitnesses said earlier in the day that seven people were killed at the funeral of Haji Sheikh Ikram, who used to serve as the commander of the Khewa district's police unit.

Meanwhile, Taliban spokesman Zabihullah Mujahid said that the militant movement had nothing to do with the incident, adding that the Taliban condemned such acts.