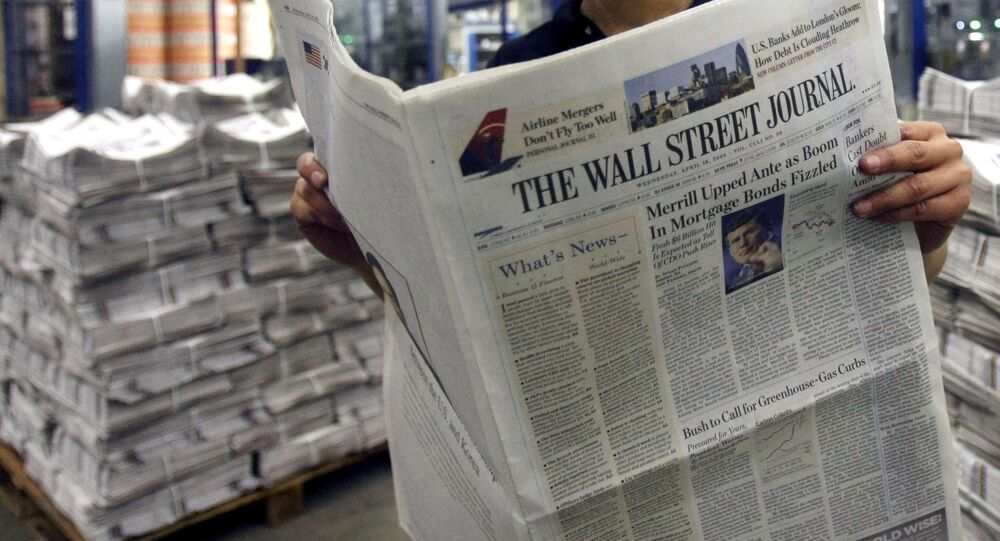 In late February, China expelled three Wall Street Journal correspondents after the newspaper’s publication of an opinion column that Beijing condemned as racist.

The US Department of Homeland Security (DHS) has tightened visa guidelines for Chinese journalists, in a move that the DHS said was in response to Beijing’s treatment of American reporters.

According to the DHS, the new guidelines will not apply to journalists with passports from China’s two semi-autonomous territories Hong Kong and Macau.

The updated regulation, which is due to come into force on Monday, refers to what the DHS described as China’s “suppression of independent journalism”.

The updated guidelines specifically stipulate limiting visas for Chinese journalists to a 90-day period and providing a option for extension.

Reuters quoted an unnamed senior DHS official as saying that the new rules are expected to help the department review visa applications from Chinese reporters more frequently and hopefully slash the total number of the country's journalists in the US.

The move by DHS comes after the Chinese government announced in February that it was revoking the press credentials of three Wall Street Journal reporters, two Americans and an Australian, due to the newspaper publishing an opinion piece titled “China Is the Real Sick Man of Asia”.

The controversial editorial, which was written by Walter Russell Mead and published on 3 February, claims that Chinese authorities are “trying to conceal the true scale” of the COVID-19 coronavirus outbreak, and that they are continuing to “struggle to control the epidemic and restart their economy".

Beijing claimed that “sick man” is a racist phrase used by the West in the late 1800s to disparage China, which feared colonial rule by the West during that era.

“The editors used such a racially discriminatory title, triggering indignation and condemnation among the Chinese people and the international community”, Foreign Ministry spokesman Geng Shuang said, adding that "regrettably, what the WSJ has done so far is nothing but parrying and dodging its responsibility”.

US Secretary of State Mike Pompeo condemned the expulsion, noting in a February statement that “mature, responsible countries understand that a free press reports facts and expresses opinions” and that “the correct response is to present counter arguments, not restrict speech”.

He was echoed by White House National Security Council spokesperson John Ullyot who said at the time that the US is considering “a range of responses to this egregious act”.

WH Tightens Screws on China State Media Operations in US

Beijing’s decision to revoke the credentials of the three WSJ journalists came a day after Washington tightened its regulations on Chinese state media operations in the US, something that prompted many to suggest that China’s move could be viewed as a retaliatory act.

On 18 February, the US State Department announced that five mainland Chinese media outlets - Xinhua, the China Global Television Network, China Radio International, China Daily, and Hai Tian Development USA - would be designated as foreign government functionaries. As a result, their staff members will be required to register with the US State Department as employees of foreign missions.

“These five entities all meet the definition of a foreign mission under the Foreign Missions Act, which is to say that “[…] they are effectively controlled” by the Chinese government, the South Morning China Post cited un unnamed US official as saying in February.