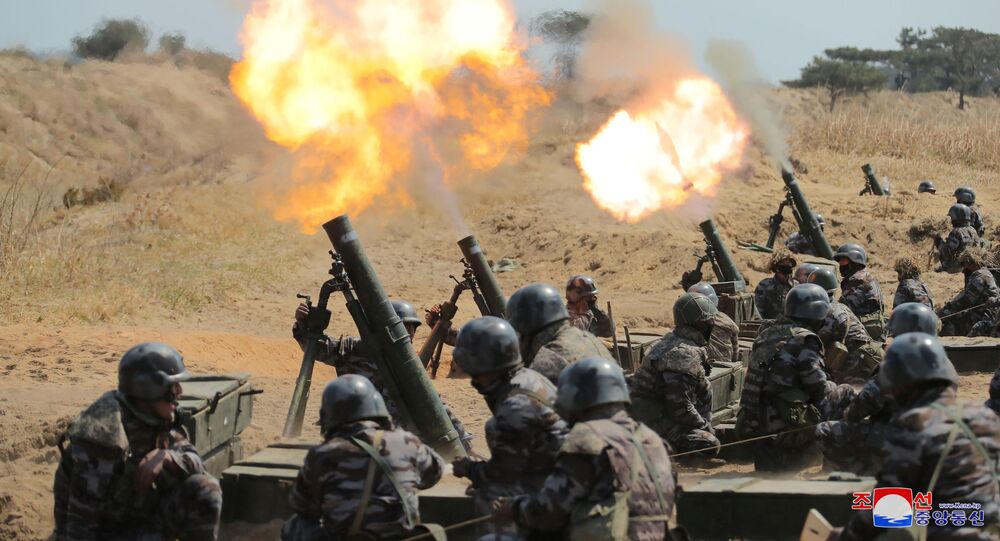 According to state-run North Korean news agency KCNA, the South Korean military staged a joint drill in contested waters in the West Sea of ​​Korea to "cope with the north firepower", apparently referring to the DPRK as "enemies".

The Ministry of the People's Armed Forces of the Democratic People's Republic of Korea (DPRK) denounced a recent South Korean military drill in the West Sea as a "grave provocation", characterizing the drills as "a reckless move" and "deliberate pursuit of confrontation", according to a Ministry spokesperson statement, cited by Pyongyang's Korean Central News Agency (KCNA).

"The South Korean military did not hide the fact that the joint military drill aimed at improving its capability to cope with the north's firepower and surprise "provocation" and at striking the base of the "enemy's provocation" and repelling the forces supporting it. Everything is now going back to the starting point before the north-south summit meeting in 2018", the statement reads.

The spokesperson also slammed criticism of Pyongyang by Seoul regarding DPRK drills, noting that South Korea responded to "every military drill staged by us with words like halt and regretful".

The Wednesday drill that received the condemnation of the DPRK included over twenty fighters of F-15K, KF-16, F-4E and FA-50 belonging to the air combat command of the Air Force and storm boats under the Navy's 2nd Fleet and others, according to the spokesperson, who also noted that the drill "awakened us once again to the obvious fact that the enemies remain enemies all the time".

"Should we remain a passive onlooker when the enemy gets zealous while openly calling for an attack on us?", the DPRK statement read.

No response from Seoul followed the statement.

In 2018, South Korean President Moon Jae-in and North Korean leader Kim Jong Un achieved an unprecedented thaw in relations between the two nations - which have been divided since 1953 - by holding three joint summits. At the latest summit that took place September 2019, Kim agreed to pay a return visit to Seoul "in the near future."

North Korea's Launch of Projectiles May Be Part of Drills, Contradicts Agreements - Seoul