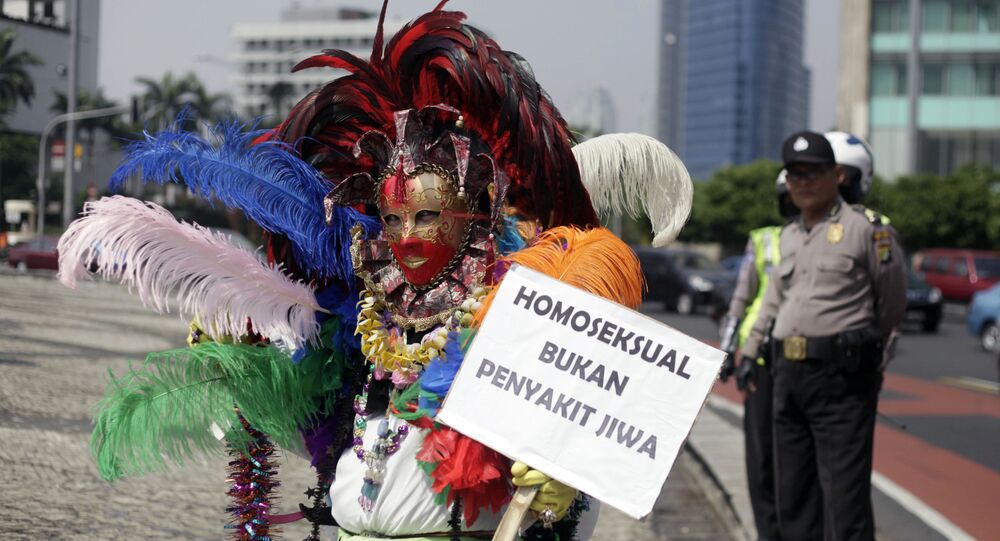 Exorcisms Being Used in Indonesia to 'Cure' LGBT Community

Although the country is the world’s biggest Muslim-majority nation, shamanist, animist, and other spiritual beliefs have been incorporated into the cultural and religious identity across Indonesia, with exorcisms being used to treat ailments like mental illness.

Exorcisms are being forcefully used in Indonesia to "cure" members of the LGBT community. According to France 24, several clinics in the capital Jakarta offer such a service, although none of them advertises it openly. While homosexuality is legal in Indonesia, it is widely believed that being lesbian or transgender is caused by evil spirits possessing an individual. This results in members of the family forcing their relatives to undergo "rehabilitation".

Adin (not her real name), a transgender woman, revealed to France 24 that she is haunted by memories of the process. The 31-year-old said she was taken against her will to a religious guru, who gave her an ultimatum - to relinquish life as a trans woman or face life in hell. "Nothing changed after the exorcism", Adin said. "I’m still LGBT, but my family didn’t give up easily. Twenty years later, they still want me to be different", Adin told France 24.

These forced "rehabilitations" not only traumatise people, but alienate family members who belong to the LGBT community. Dinda (not her real name), a 34-year-old lesbian, said she no longer trusts her mother and gets "shivers" every time she calls. Dinda said her deeply religious mother tricked her inviting her to a family reunion that turned out to be an exorcism.

During such processes, shamans or religious clerics read verses from the Quran for several days while a person remains locked in a room. Sometimes "the possessed" are doused with cold water and whipped.

Although Indonesia is the world’s largest Muslim-majority nation, shamanist, animist, and other spiritual beliefs have been incorporated into the cultural and religious identity across the country. Exorcisms are widely used in Indonesia, with shamans helping people cure mental illnesses and other malaises as well as ridding villages of ghosts.

Aris Fatoni, who performs exorcisms, claims he has cured 10 members of the LGBT community. He said some of his "clients" vomited and screamed during the process. His colleague Ahmad Sadzali claims a gay man that he "treated" married a woman after two sessions.

Human rights activists worry that the situation may worsen as conservative lawmakers have proposed a so-called "Family Resilience Bill" that would oblige members of the LGBT community, described in the proposed legislation as people with "sexual deviations", to be "treated" in rehabilitation centres. The bill has not only been criticised for its anti-LGBT stance, but also for its lack of gender equality. Among other things, the proposed law bans surrogacy, prohibits married women from holding jobs, limiting their role to the domestic space, and requires wealthy Indonesians to marry their poorer compatriots.