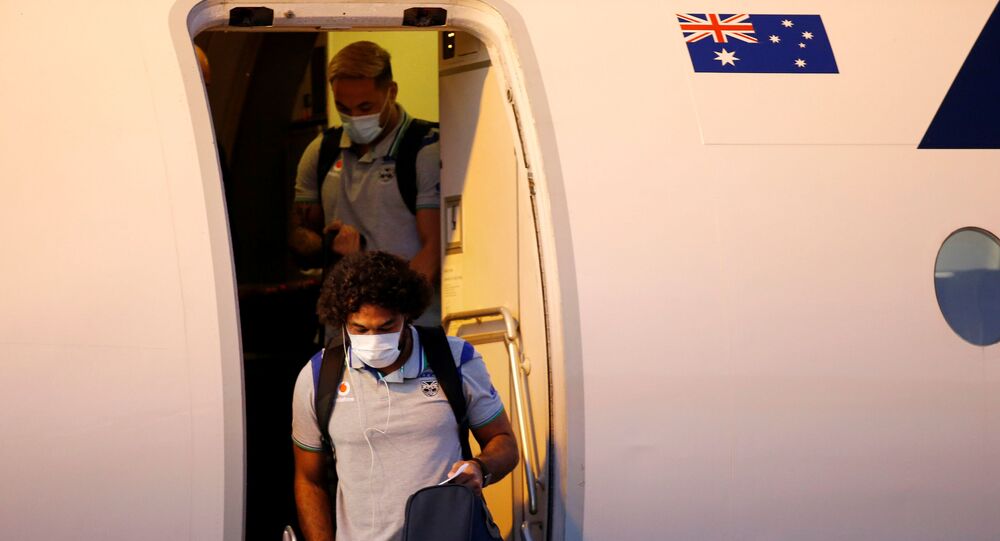 Leaders in Australia and New Zealand have made plans to reduce travel restrictions between the two countries as they see a continuous decline in coronavirus cases.

Australia and New Zealand have reached a formal agreement to establish a trans-Tasman travel “bubble” as soon as it is safe to allow flights between the two countries.

Both countries almost completely shut their borders to foreigners in March, a huge blow to their respective tourism industries. But with both appearing to have successfully brought their coronavirus outbreaks under control, politicians have agreed to open their borders to each other once it is safe to do so.

What is a Travel Bubble?

The proposed travel bubble is a safe passage between the two countries in which more flights would be put on by the national airline carriers, and the need for a two-week quarantine for all arrivals scrapped.

The two prime ministers however stressed travel between the two countries without a 14-day quarantine period would not happen imminently. Any move to open the international border would need to take into account state and territory movement restrictions in Australia.

Aus and NZ have put out a joint statement on the trans-Tasman travel bubble. Both countries agree to establish the travel zone "as soon as it is safe to do so" pic.twitter.com/jdMdhOXez8

“We need to be cautious as we progress this initiative. Neither country wants to see the virus rebound so it’s essential any such travel zone is safe. Relaxing travel restrictions at an appropriate time will clearly benefit both countries and demonstrates why getting on top of the virus early is the best strategy for economic recovery.”

How Has Coronavirus Impacted Australia and New Zealand?

Both countries have been effective in containing the spread of the virus and ‘flattening the curve’ of infections due to their strict lockdown measures.

Nationals of Australia are not allowed to travel out of the country, except those with a residency in another country, airline and maritime crew and associated safety workers, those travelling to offshore facilities for essential work and people travelling on official government business.

In New Zealand Prime Minister Jacinda Ardern closed its borders to all non citizens or non-permanent residents on 19 March.

On Tuesday, New Zealand reported no new cases for the second day in a row. It has had fewer than 1,500 confirmed cases in total, and only 20 deaths. Last week it eased its lockdown from Level 4 to Level 3.

Australia - which has a population of around 25 million, five times that of New Zealand - has had almost 7,000 cases and 96 deaths. On Tuesday, the country registered  25 new cases, according to the most recent figures.

How Do These Travel Restrictions Compare to the UK and US?

Although the UK’s borders are still open, the government has advised British people against all non-essential travel worldwide.

The Foreign and Commonwealth Office (FCO) has also advised all British people travelling abroad to return to the UK.

The UK government has recently been criticised for its open border. UK Home Office figures show that only 273 people who arrived in the country in the three months before lockdown were formally quarantined.

At the time of publication the UK now has the highest death toll in Europe from coronavirus after new official figures revealed that more than 32,000 people have died from the virus,as reported in the Guardian.

On 20 April, the United States, Mexico and Canada announced they are extending restrictions on non-essential travel across their shared borders for an additional 30 days, according to Aljazeera.

At the time of publication the US has the highest number of the Covid 19 cases in the world with 1.21 million confirmed cases and 69,680 deaths.