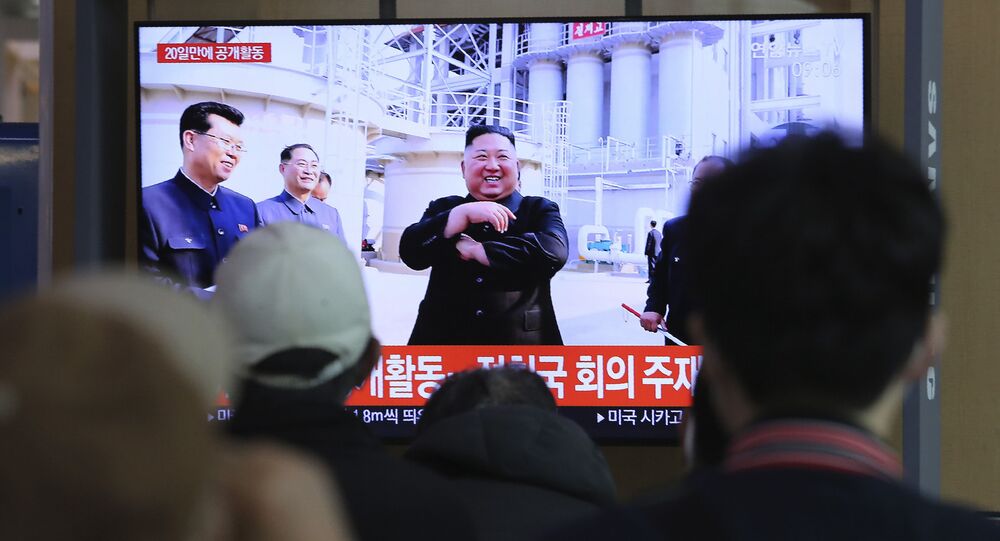 The North Korean leader was conspicuously absent from public functions for most of the month of April, prompting rumours about his well-being. However, the DPRK chairman recently made his first recent public appearance after the long absence, seemingly in good health and spirits, negating direr earlier speculations.

Seoul believes that there is no evidence to suggest that North Korean leader Kim Jong-un underwent heart surgery, regardless of what media reports say, a senior official at the South Korean presidency told Yonhap.

"There were speculative reports that Chairman Kim underwent surgery based on some difference in his gait," the official said, as quoted by the news agency. "We have reasons to believe that there was no surgery, but cannot disclose such details."

On Saturday, South Korean state news agency Yonhap reported that Kim had made his first public appearance in 20 days. The chairman was seen inspecting a fertiliser plant in Sunchon after his several-week absence.

Unconfirmed reports about Kim suffering health issues spiked after he skipped public appearance at a number of important events in North Korea in April, including the ceremony marking the birthday of his late grandfather and the country's founder, Kim Il Sung.

South Korean government officials denied these reports saying that Kim is "alive and well" and that no credible proof indicating that Kim has had health problems was seen.