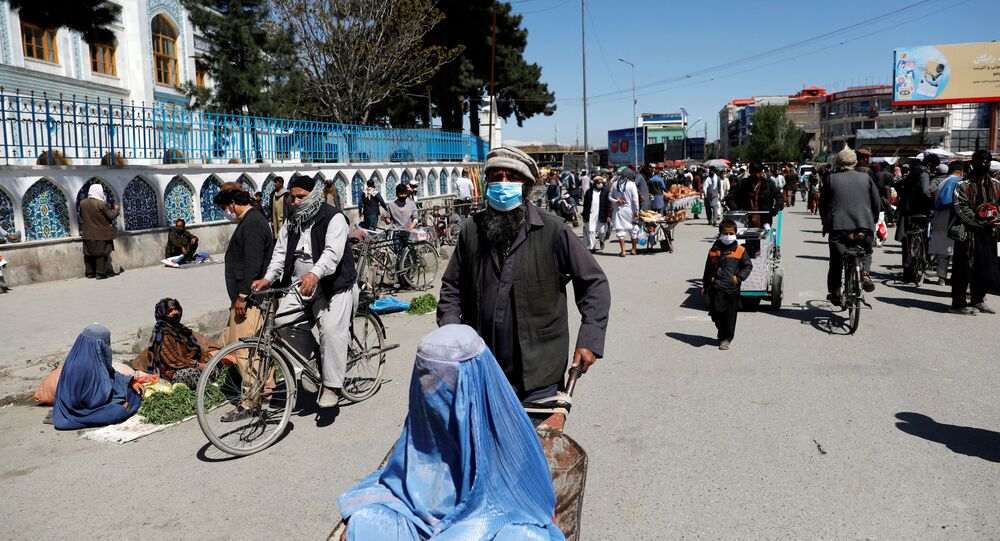 MOSCOW (Sputnik) - The Afghan authorities have extended the isolation regime in large cities, including in the capital of Kabul, for 20 days, until the end of the month of Ramadan amid the pandemic, the TOLOnews broadcaster reported on Saturday, citing the presidential administration.

According to the media outlet, universities will remain closed, and the domestic flights will remain suspended.

The Taliban* announced on 30 April the release of 20 Afghan soldiers in the northern province of Kunduz. The militant group said that they hoped to speed up the ongoing exchange of prisoners due to the coronavirus disease pandemic.

On Wednesday, the Afghan parliament suspended its operations for two weeks due to the ongoing health crisis.

*The Taliban is a terrorist organisation outlawed in Russia and many other countries.