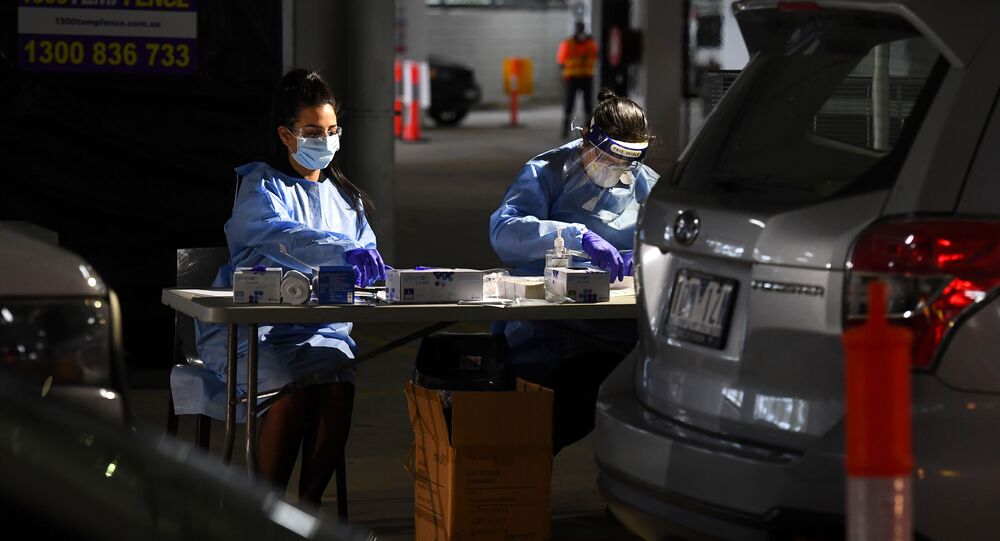 On Wednesday, Scott Morrison called for an independent investigation into the coronavirus pandemic amid reports that it originated from a lab in the Chinese city of Wuhan, something that Beijing vehemently rejects.

Australian Prime Minister Scott Morrison told reporters on Friday that Canberra “has nothing” in terms of evidence to support speculations that the COVID-19 outbreak came from a Chinese lab late last year.

“What we have before us doesn’t suggest that it is the likely source […] though you can’t rule anything out in these environments", he said.

The PM added that although “we know it [the outbreak] started” in China’s Wuhan, and “the most likely scenario that has been canvassed relates to wildlife wet markets”, it is “a matter that would have to be thoroughly assessed”.

“That’s why it is just so important to understand what happened, to make sure that we can prevent such a broadbased global catastrophe from happening again”, he emphasised.

Morrison spoke after US President Donald Trump claimed during a press briefing on Thursday that he was confident COVID-19 originated from the Wuhan Institute of Virology, adding that Washington was "looking at it very, very strongly".

He declined to elaborate on the issue, saying that he is “not allowed to tell you that”.

POTUS then went further asserting that he hadn’t seen a statement by the office of Acting Director of National Intelligence Richard Grenell which, in particular, read that “the Intelligence Community […] concurs with the wide scientific consensus that the COVID-19 virus was not manmade or genetically modified”.

Grenell’s office at the same time noted that even though they support the scientific consensus surrounding the virus' origins, US intelligence is continuing to probe how the outbreak kicked off.

The remarks followed Morrison calling for an independent investigation into the origin of the COVID-19 pandemic, which he said “has taken more than 200,000 lives across the world” and “shut down the global economy”.

“Now, it would seem entirely reasonable and sensible that the world would want to have an independent assessment of how this all occurred, so we can learn the lessons and prevent it from happening again”, the prime minister pointed out.

The Chinese Embassy in Australia responded by blaming Canberra for playing “petty tricks” over its push for the coronavirus-related probe, warning that China “has to reciprocate”.

In mid-April, chairman of the US Joint Chiefs of Staff, General Mark Milley, stated that the country’s intelligence community agreed that the coronavirus was a natural pandemic and not linked to the laboratory facility in Wuhan, adding, however, that “we do not know for sure".

China has on multiple occasions rejected allegations that the novel coronavirus originated from the Wuhan medical facility, pointing to World Health Organisation (WHO) officials who have “repeatedly stated that there is no evidence showing the virus was made in a lab”.