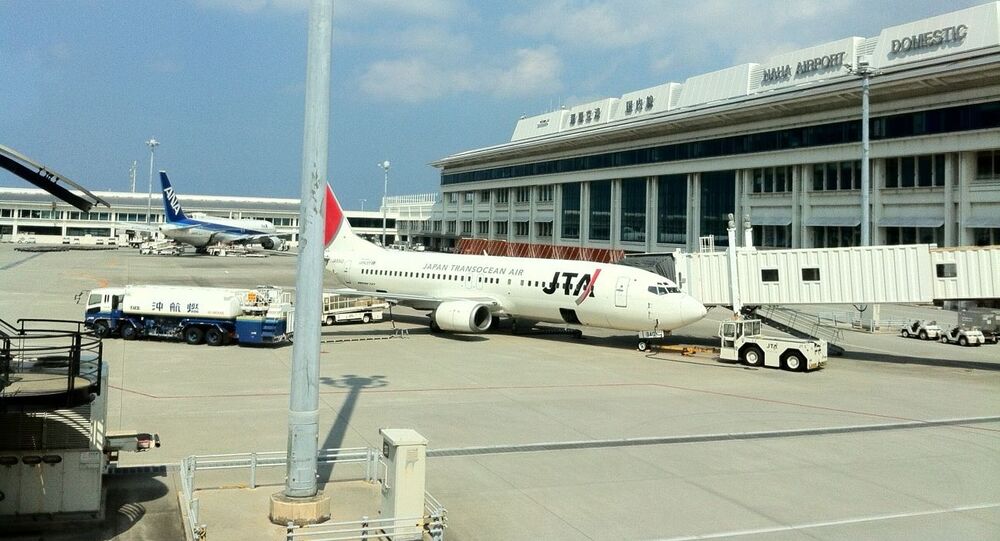 A second round of runway closures has been ordered by Japanese officials at Naha Airport in Okinawa Prefecture after workers discovered a third unexploded, 550-pound bomb that is suspected to have been dropped by US forces during World War II.

A spokesman for Japan’s Ministry of Land, Infrastructure, Transport and Tourism office announced Thursday that an unexploded bomb, measuring 550 pounds in mass, 4 feet in length and 1 foot in diameter, was found by a construction crew working near Naha Airport’s runway No. 1 at 2:10 a.m. on Wednesday.

Citing a Naha city spokesperson, Stars and Stripes reported that the bomb discovered was some 30 feet away from the locations of two additional bombs previously unearthed on April 17 and April 23, which were defused on Sunday and later removed by the Japan Ground Self-Defense Force (JGSDF) 15th Brigade.

A date has not been announced for the 15th Brigade, which disposes of approximately 600 explosives annually, to return to the airport. A protective plate has been placed over the bomb until it can be defused and disposed of by the JGSDF.

Like the most recent explosive, Japanese officials believe the other two unexploded bombs were remnants of US air raids on Okinawa during WWII.

“It is not so rare to find a cluster of bombs in such a close area like this, but we haven’t made a similar discovery [in the city] for about two years,” the Naha city spokesperson said. “There is a possibility that we will see more bombs like this until road construction is completed by the runway.”

The April 17 unearthing of the first unexploded bomb prompted the closing of Naha Airport’s No. 1 runway and dozens of subsequent flight delays and cancellations. While the airport was waiting for the first explosive to be defused, construction workers identified the second unexploded bomb on April 23, located in a trench located approximately 65 feet away from the first.

Following the disposal of the munitions, the No. 1 runway was reopened for a couple of days before the airport closed it once again on Wednesday. However, no flights have been canceled this time, as they have been moved to the second runway.