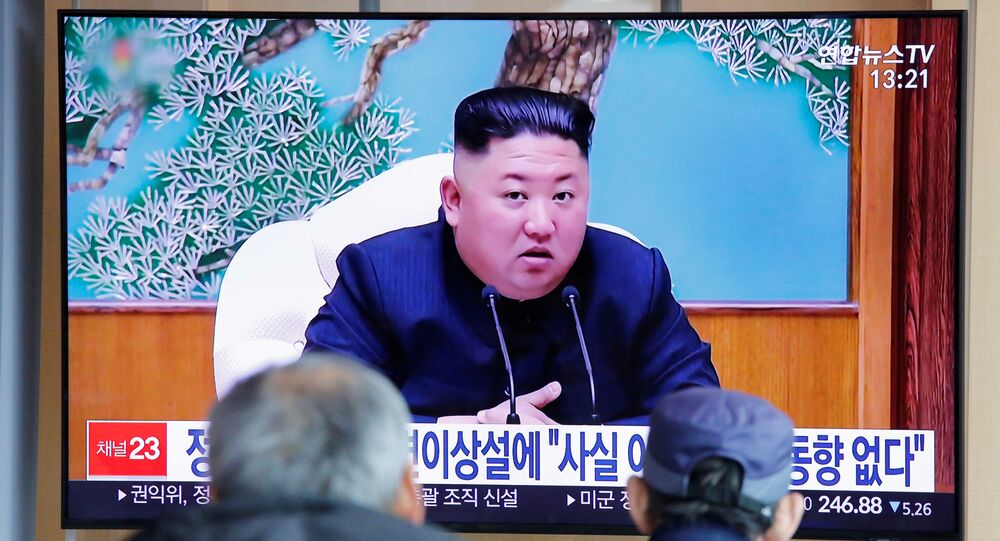 UNITED NATIONS (Sputnik) - UN Secretary-General Antonio Guterres told reporters on Thursday that he has no information regarding the state of health of North Korean leader Kim Jong-un.

"We have no information about Chairman Kim Jong-un", Guterres said when asked whether he discussed with North Korean officials the health and whereabouts of Kim.

The North Korean leader had disappeared from public life in the past several weeks and his absence fueled rumours that he is gravely ill or has died.

On Monday, US President Donald Trump said he has "a very good idea" about Kim’s status, but cannot publicly disclose it. Trump also said he wishes Kim well.

South Korean government officials have denied these reports saying that Kim is "alive and well" and that no credible proof indicating that Kim has had health problems was seen. Unification Minister Kim Yeon-chul on Tuesday rejected these unconfirmed reports as "fake news" and part of an "infodemic".