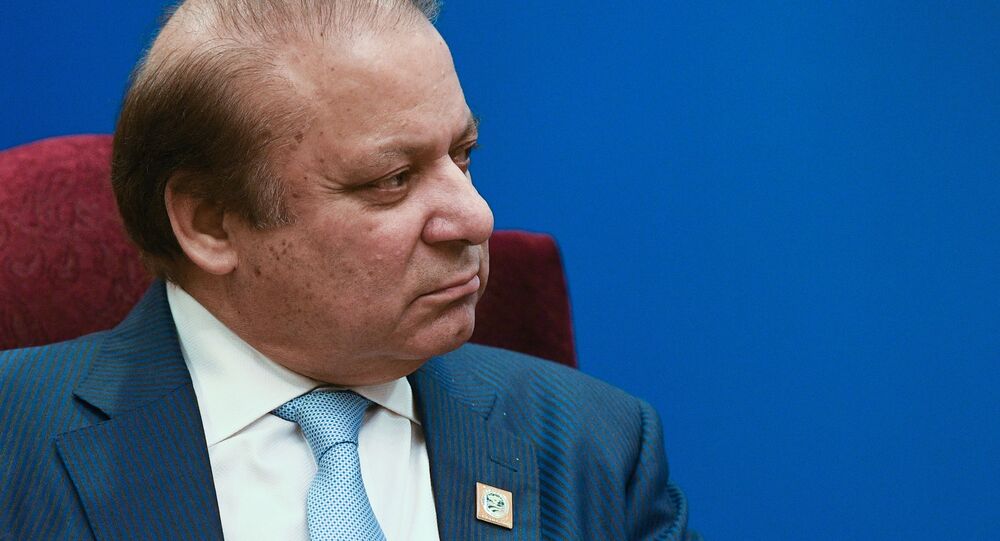 New Delhi (Sputnik): Former Prime Minister of Pakistan Nawaz Sharif has been in London since November 2019 for medical treatment. Sharif was given bail in the Al-Azizia Mills corruption case in which he was serving seven-years in Lahore's Kot Lakhpat jail.

The National Accountability Bureau of Pakistan has issued an arrest warrant against former prime minister Nawaz Sharif in a land related corruption case.

Sharif, who is currently in London, allegedly illegally leased land to Jang Group – an independent media corporation – editor-in-chief Mir Shakilur Rehman in 1986, when the three-time Prime Minister was the chief of Punjab province, according to National Accountability Bureau (NAB) officials.

"The National Accountability Bureau (NAB) has issued arrest warrants of PML-N supreme leader Nawaz Sharif in the land case involving Jang Group editor-in-chief Mir Shakilur Rehman. Sharif was served notices and questionnaire in this case but no response came from him who is in London for his medical treatment," a NAB official said on Sunday.

The officials have said that the arrest warrant has been issued on his non-cooperation with the NAB.

Pakistani courts had approved the former Prime Minister's request for treatment abroad while he served a seven-year sentence on corruption charges in November 2019.

Sharif was charged on corruption over alleged money laundering via teh sales of shares from Chaudhry Sugar Mills Ltd in 1992, the National Accountability Bureau said in October 2019.

According to the watchdog, Sharif and his family were the biggest stakeholders at the time of the transfer, leading to his seven-year sentencing in December 2018. Sharif was granted bail in late October due to his failing health, reportedly due to a series of angina attacks.