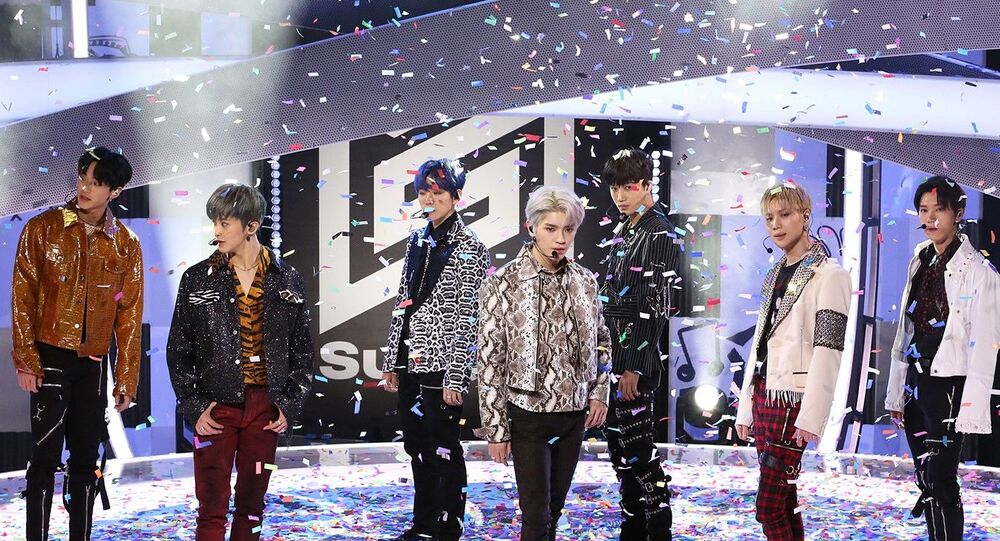 K-pop Avengers SuperM took part in the world's first attempted online customized concert on the Vlive app on 26 April. They presented a whole new concept of live concert streaming named 'Beyond Live' and launched a series of concerts by SM entertainment artists.

SM Entertainment, as the leader in the K-pop music and entertainment industry, and Naver, known as the biggest search engine in South Korea with numerous projects, have joined efforts as promised.

With the help of SuperM, a boy band consisting of members from most popular SM groups like SHINee, EXO, NCT and WAYV, they were able to demonstrate high quality and a never-before-seen experience of attending the concert at home.

SuperM not only pulled off a professional and charismatic performance, they also interacted with fans through video calls while reading the comments and answering questions in real time. SuperM also performed their new song 'Tiger Inside' with the help of next level video graphics.

The song has a powerful dance beat and lyrics about how to let out inner beast to overcome troubles. The song was not the only spoiler the band teased their fans with: they also revealed a highlight medley of upcoming songs “We Go Hundred”, “Drip” and “Line 'Em Up”. Also, the leader of the band - Baekhyun - mentioned that they are preparing for their new album which will be released soon.

WayV, NCT Dream, and NCT 127 will be the next artists to perform through “Beyond LIVE” and tickets are already available in the app.

Due to SuperM's pioneering of the streaming service, fans got WayV, NCT 127, NCT Dream and SuperM's emojis in Twitter, so the names of the bands came top of the trending list.

Thanks to the organizers, staff and artists. Thanks to the company for the opportunity to watch the concert. This is an opportunity for fans from all over the world to see artists. special effects, dancing and sound were great. Many thanks to all.@superm #SuperM_BeyondLIVE pic.twitter.com/UMPSjykhbk

#SuperM_BeyondLIVE @superm
Love you guys! You did an imcredible work, I admired all of you and so nice to see you all again!😭🥺💙✨ pic.twitter.com/EspRkasGJC

the groups performing at the Beyond LIVE series got their own lightstick emojis!#SuperM#WayV#NCT127#NCTDREAM