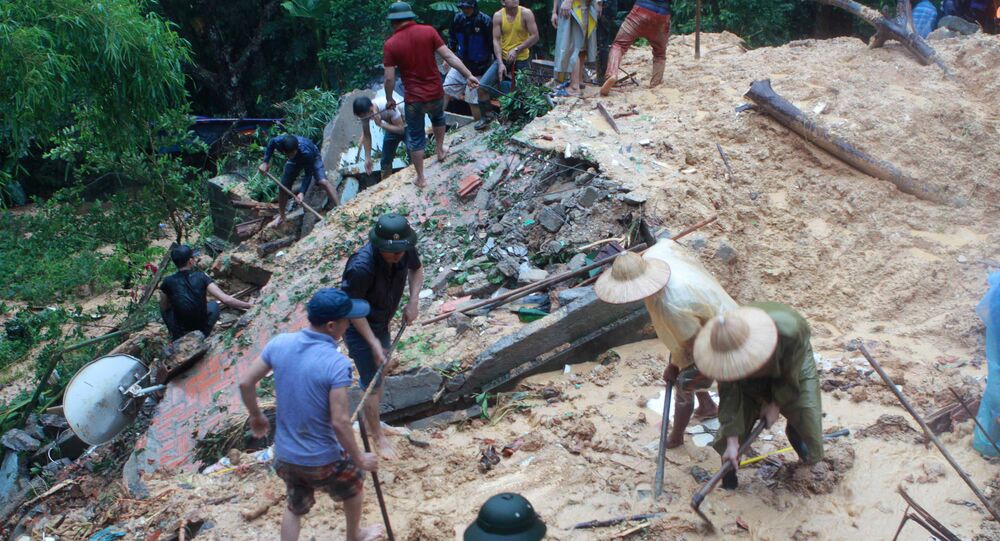 MOSCOW (Sputnik) - Severe floods and landslides in northern Vietnam caused by torrential rains resulted in the deaths of five people over three days, 25 were injured and a few others went missing, local media reported on Saturday, citing local authorities.

According to the VN Express newspaper, citing the Central Steering Committee for Natural Disaster Prevention and Control, the disaster claimed the lives of two people in Lai Chau Province, while Ha Giang, Son La and Yen Bai provinces reported one death each.

According to the Vietnamese meteorologists, the rains in northern Vietnam will continue through Sunday.