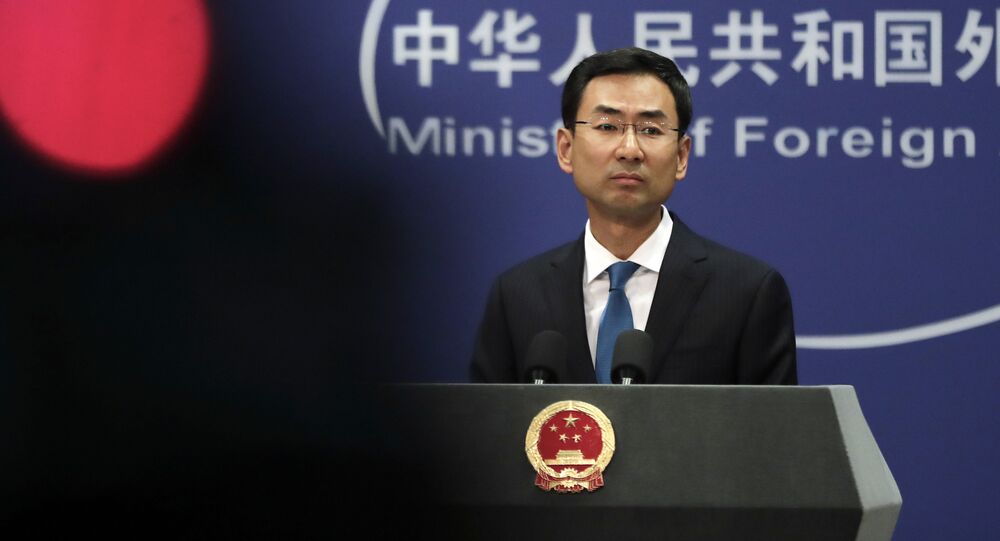 ‘Hegemonic Mentality’: China Urges Trump Not to Be on ‘Wrong Side’ of Global Efforts Amid COVID-19

On 14 April, US President Donald Trump announced that he would withhold US funds from WHO, accusing the organization of poor management in the fight against the coronavirus pandemic and of conspiring with China to hide crucial information about the spread of the virus during the early stages of the outbreak.

A spokesperson for the Chinese Foreign Ministry, Geng Shuang, said during a Friday press conference that Beijing hopes the administration of US President Donald Trump will not stand “on the wrong side of the track from the international community”, as nations join efforts to curb the spread of the ongoing coronavirus (COVID-19) pandemic.

“The US assumes that WHO [World Health Organization] should do its bidding because it is the largest contributor. This is typical hegemonic mentality,” Shuang said. “At present, by supporting WHO, we will be able to contain the further spread of the virus. It is literally a matter of life and death. This is a consensus shared by the majority of countries and a sure choice anyone with conscience would make”.

The spokesperson acknowledged that the Trump administration had been “smearing and attacking” the international health organisation without proof, pointing out that Washington’s “tactics of pressure and coercion” only lead to “greater” dissatisfaction with the US by the international community.

Shuang noted that WHO has been “actively fulfilling its duties” since the early stages of the outbreak, adding that the body is now playing a significant role in harmonizing international efforts to slow the spread of the deadly disease in an “objective, fair and science-based” way.

“WHO's leadership is also endorsed in the UNGA resolution and statements by the Non-Aligned Movement and the Group of 77 and China. In the statement of the recent G20 extraordinary summit, member states stressed that they fully support and commit to further strengthen the WHO's mandate in coordinating the international fight against the pandemic,” the Chinese spokesperson observed.

The spokesperson also noted that Trumps decision would affect all countries, including the US itself, "and particularly those with vulnerable health systems".

Last week, Trump added on to his China accusations over the coronavirus outbreak, announcing that his administration would open an investigation into whether the pandemic was a result of a leak by a Chinese laboratory in Wuhan. US State Secretary Mike Pompeo, a Trump appointee, called on Beijing to "come clean" about the outbreak, without elaboration.

China has repeatedly rejected the Trump administration's accusations, while providing help in slowing down COVID-19 in other countries.

On 14 April, Trump announced that the US had halted funding WHO, and was set to conduct what the president regarded would be a "very thorough" investigation for a period that would last 60 to 90 days.