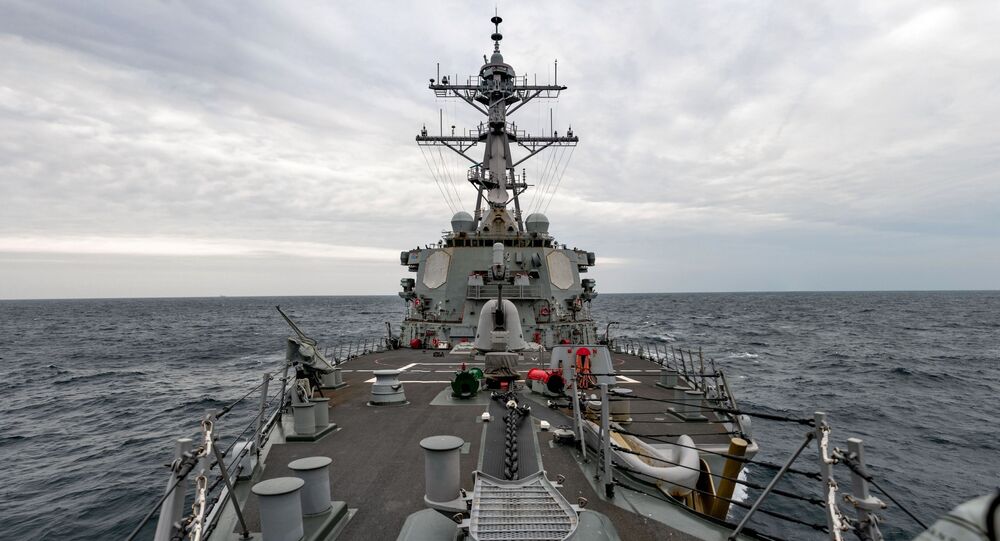 China has repeatedly criticized the US for sailing its warships through the Taiwan Strait, characterizing the transits as "dangerous" behaviour that "severely harms peace and stability" in the region.

A US warship passed through the Taiwan Strait for a second time in a month, the US Pacific fleet confirmed on Thursday.

Taiwan’s Defence Ministry said the US warship sailed south through the Taiwan Strait that separates the island from mainland China. The guided-missile destroyer USS Barry was said to be on "an ordinary mission" and conducting a "routine Taiwan Strait transit" in accordance with international law, according to Lt. Anthony Junco, a US Seventh Fleet spokesman.

"The ship’s transit through the Taiwan Strait demonstrates the U.S. commitment to a free and open Indo-Pacific. The U.S. Navy will continue to fly, sail and operate anywhere international law allows," he said, cited by Reuters.

This is the second time the USS Barry has sailed through the Taiwan Strait in recent weeks, previously taking this route two weeks ago on the same day that Chinese fighter jets drilled in waters close to Taiwan.

On Thursday, Taipei confirmed that a Chinese aircraft carrier group had sailed to the south of the island, through the Bashi Channel between Taiwan and the Philippines, heading east. In recent months, China has carried out multiple drills near Taiwan, including with the use of jets and nuclear bombers, described by Taipei as efforts by Beijing to intimidate.

Taiwan has been governed independently from China since 1949. Beijing considers the island as part of the mainland, while Taiwan insists on being an autonomous country, having established political and economic relations with several other countries that recognize its sovereignity.