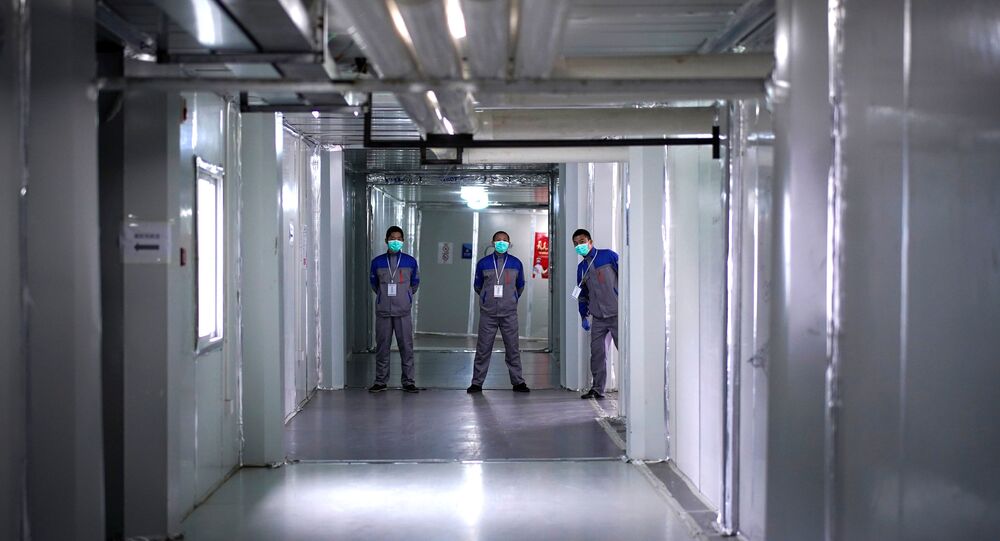 A study published in the journal The Lancet on Tuesday suggests that the real number of COVID-19 cases in China might be four times higher than officials have publicly stated.

According to the Hong Kong researchers who did the study, the discrepancy may be due to evolving definitions throughout the pandemic of what China’s National Health Commission considered a confirmed case.

“When a new infectious disease emerges, appropriate case definitions are important for clinical diagnosis and for public health surveillance. Tracking case numbers over time is important to establish the speed of spread and the effectiveness of interventions.  We aimed to assess whether changes in case definitions affected inferences on the transmission dynamics of coronavirus disease 2019 (COVID-19) in China,” the study notes.

The findings revealed that there were changes in the case definition of COVID-19 “in mainland China during the first epidemic wave.”

The researchers used exponential growth models to determine how changes in the case definition impacted the number of cases reported by Chinese officials. They also plotted an epidemic curve to show how many cases would have been reported in China if the same case definition had been used during the entire outbreak.

The case definitions varied in the number of conditions patients had to meet in order to be considered for coronavirus diagnosis and treatment. The study found that between January 15 and March 3, seven versions of the case definition for COVID-19 were released by the National Health Commission in China.

The first case definition, for example, “required six specific criteria to be met for a patient to be a confirmed case of COVID-19.” Under that definition, patients needed to have “an epidemiological link to Wuhan or a wet market in Wuhan and had to fulfill four clinical conditions indicative of viral pneumonia.” However, the case definition continued to evolve and become less restrictive over time to allow for the detection of more coronavirus cases.

“The greatest change was in the fifth edition, which introduced a new category of cases (i.e., clinically confirmed cases), specifically for Hubei province, which was the epicenter of the outbreak and had the largest number of cases identified in the country. Here, clinically confirmed cases were patients that met clinical criteria and had radiological evidence of pneumonia with or without a certain epidemiological link but did not need to have a virological confirmation of infection,” the study notes.

The study found that as the case definition changed, the “proportion of infections being detected increased.”

The researchers also concluded that if the fifth version of the case definition had been applied consistently during the outbreak, there would have been 232,000 confirmed COVID-19 cases in China by February 20, 2020, rather than the 55,508 confirmed cases reported at that time.

China has been repeatedly criticized by Washington for allegedly hiding information regarding the outbreak during its early stages. Earlier this week, Missouri filed a lawsuit against Beijing, claiming that it had lied about the coronavirus and must provide compensation for the “enormous loss of life, human suffering and economic turmoil” caused by the pandemic.

Additionally, Mississippi Attorney General Lynn Fitch has indicated that she intends to follow Missouri’s lead and file a lawsuit against China.

During a news briefing Wednesday, Chinese Foreign Ministry spokesperson Geng Shuang called the Missouri lawsuit “very absurd,” also noting that there is “no factual and legal basis at all” for the claims and that China has been “open, transparent and responsible” in its response to the pandemic, the Associated Press reported.