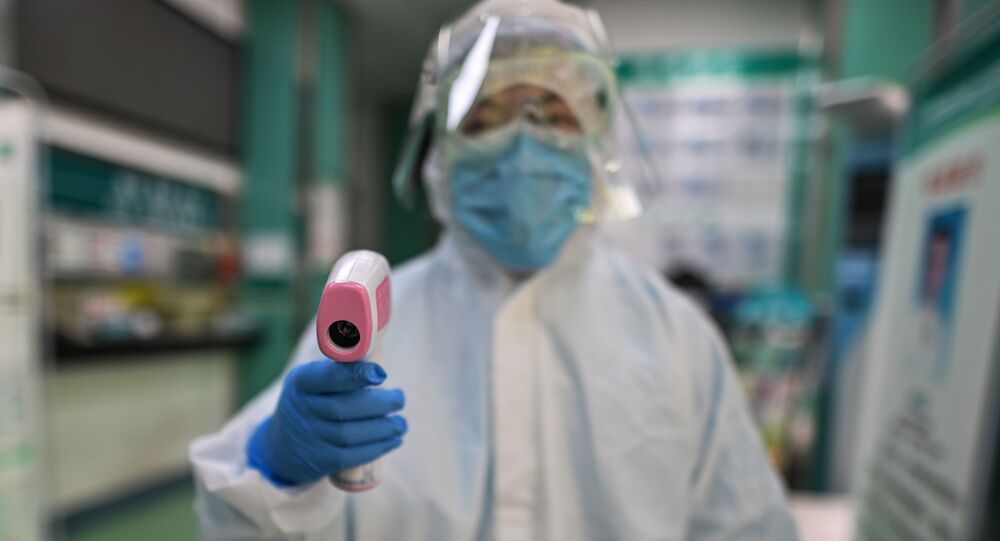 China Daily published a bilingual report on Tuesday detailing China's measures to combat the COVID-19 outbreak to provide health workers and officials around the world a reference and glimpse into the country's herculean effort to overcome the epidemic.

The report, "China's Fight Against COVID-19", features six chapters with topics ranging from social mobilisation to treatment plans. It was compiled in collaboration with the Institute of Contemporary China Studies at Tsinghua University and the School of Health Policy and Management at Peking Union Medical College.

Experts said the report can help readers understand the rationale behind many of China's decisions, practices and sacrifices. This will, in turn, help reduce uninformed speculation about China's actions including a city-wide quarantine and revision of death counts.

At the start of the outbreak, foreign media and officials frequently criticized the Wuhan lockdown as draconian and excessive. On Friday, after China amended the city's death toll to 3,869 to account for previous inaccuracies, some foreign media and politicians interpreted the move as China under-reporting its real death count.

Zhou Weisheng, a professor with the College of Policy Science at Ritsumeikan University in Japan, said if China had not imposed the lockdown on Wuhan and some other cities, the number of infections might have been 10 times higher.

"Considering the lack of effective treatment methods for COVID-19, cutting off the source of infection by locking down Wuhan and some other cities as soon as possible was the right measure," he said.

Mao Yonghui, a senior kidney doctor at Beijing Hospital who was tasked of treating severe patients in Wuhan, said most doubts can be addressed if foreign politicians and media have a basic understanding of the monumental endeavour the whole nation made to contain the virus.

Mao said when her medical team arrived in Wuhan on Feb 7, the medical system in the city was overwhelmed, "the hospitals were overcrowded, the staff were overworked, and there were not enough testing kits," she said.

"Given how unpredictable and ferocious the novel coronavirus is, keeping data, especially during the early days of the outbreak, is a daunting task for any country, and reporting errors are inevitable."

After 42,000 medical workers and medical supplies poured into the city, "records kept since our arrival are meticulous and thorough because we had the manpower and resources to do so," Mao said.

"China updating its figures to present a more accurate picture is an act of honesty and responsibility that should be recognized and emulated," she said. "The action should not be taken out of context to smear the authenticity of China's data," she added.

"Reality has proven that China's methods and systems work," he said.

Mao echoed Chen's assessment, adding that China's low death rate is also the result of abundant medical staff and senior doctors across different medical fields working in unison. All these factors combined lowered the death rate of severely ill patients at her wards to around 3 percent, she said.

At Tongji Hospital's Zhongfa Xincheng branch in Wuhan, where Mao was on deputation, there were about 40 doctors and over 100 nurses taking care of 100 patients, she said. "The high staff-to-patient ratio meant doctors could have enough energy and time to treat each patient carefully, and this greatly improved the cure rate."

© REUTERS / Denis Balibouse
Trump Says China's Coronavirus Toll is 'Far Higher' Than Beijing Admits
Having a multidisciplinary team of medical experts is "absolutely critical in lowering the death rate for severely-ill patients given how the virus, as well as treatments for it, can impact so many parts of the body simultaneously," she said.

"Many patients died not directly because of the virus, but due to other underlying health problems," she said. "Having respiratory doctors is not enough, you need a multidisciplinary team that can fully monitor every major organ, and make sound judgments on how the disease and treatment will impact the body and act accordingly."

As for logistics, Mao said she received medical supplies from Beijing in less than 16 hours. "This incredible logistical efficacy is what allowed us to save more lives," she said. "It takes a whole-of-society effort to achieve a shipping speed that can outrun death.

"If foreign media and politicians question the authenticity of our low casualty figures, they should ask themselves: have they gone to the extent that China did in supporting their doctors and patients?"

This article is published in cooperation with the China Daily outlet.