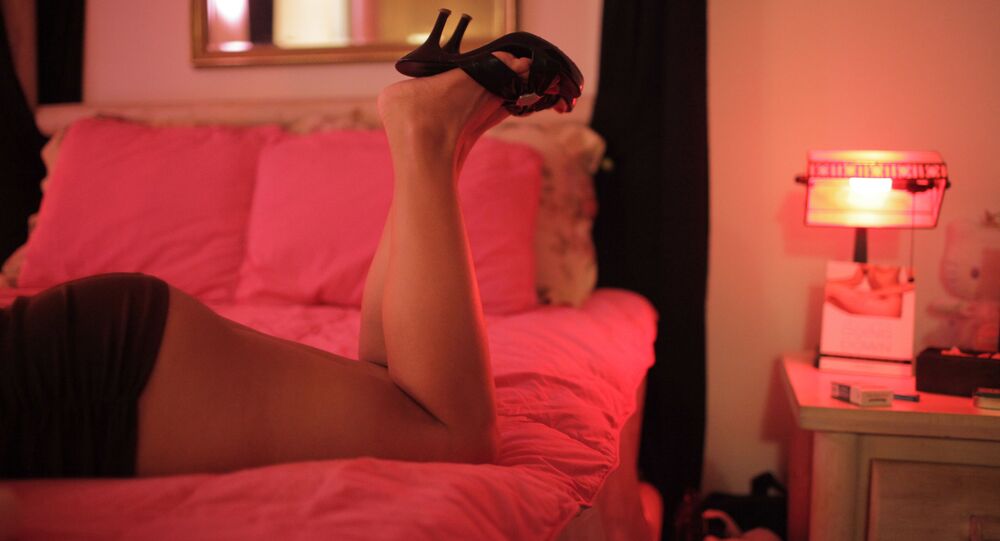 A nationwide state of emergency amid the COVID-19 pandemic was declared in Japan on 16 April to last until 6 May, in a move allowing regional governments to urge people to remain indoors.

Sex workers in Japan have been struggling to ply their trade amid the restrictions, social-distancing and other measures in place due to the COVID-19 pandemic, reports CNN.

With people increasingly observing stay-at-home protocols, as the country is under a state of emergency, with many businesses ordered to shut and people advised against venturing out unless necessary, sex workers in the country are finding themselves without clients and fast running out of money to pay rent, meet debts, or afford basic necessities.

Japan’s sex industry is reported to generate an estimated $24 billion annually, according to research organization Havocscope, which provides information on the global black market.

In an attempt to mitigate the economic repercussions of the pandemic, Prime Minister Shinzo Abe's cabinet unveiled an unprecedented 117 trillion Yen ($1 trillion) coronavirus relief package, revised from the government's initial plan of 108 trillion yen approved earlier this month, according to a draft reviewed by Reuters.

The rescue package includes direct payments to citizens and a bailout of struggling businesses among other measures, as there are now over 10, 700 coronavirus cases nationwide and 236 deaths, according to Johns Hopkins University.

When the government originally began drafting the stimulus package, those legally in the adult entertainment and sex trade were kept off the list.

The decision was slammed as "occupational discrimination" by activists and opposition members.

The government backtracked, and under a set of preconditions, legal sex workers are also eligible to apply for aid.

Accordingly, sex workers could apply for cash handouts just as others who have lost their earnings in the pandemic, while subsidies could be requested by sex work agencies and employers for staff members that were forced to stay home to care for children during school closures.

However, while applauded as a sign of progress by many, the move by the government has failed to elicit much enthusiasm from Japan’s “night work” force, as the sex workers are often dubbed.

Many are confused by the conditions cited, unsure if handouts are for those who have lost a certain amount of their income, or who lost their jobs completely, such as losing agents.

The eligibility calls for applicants to show proof of their salary and lost income, which is challenging for sex workers, whose earnings vary and are mostly off record.

Unable to provide documentation, these people would be prevented from receiving financial aid.

Others are reluctant to openly reveal themselves as members of the industry that has long been stigmatized in the country.

While prostitution is criminalized in Japan, there remain loopholes. Thus, the escort service, that supposedly stops short of actual intercourse, and is euphemistically dubbed the "delivery health" industry, is legal.

A similar rule applies to services such as oral sex in massage parlors, discreetly referred to as "fashion health."

On the other side of public opinion, some protest the use of taxpayer money to support sex workers.

The polarizing issue generated so much heated debate that it spawned a trending hashtag #NightWorkIsAlsoWork.

There is no reason they shouldn't be. They're people too.

If they are legal, those workers should gain this package

are sex workers aliens? Don't they pay taxes? So why the uproar.

​Some netizens have been hashtagging their posts to their reasons for entering the sex trade, such as the need to pay off student loans, while currently hoping government aid could tide them over with money for food, rent and utilities.

As the central government is still drafting the terms of its stimulus package, there are amendments in the pipeline. One of these would entail each person receiving 100,000 yen (about $928), instead of 300,000 yen ($2,785) going to each household that has lost income.

Potentially, writes the outlet, this could help solve some of the problems for sex workers, who are waiting for the stimulus package to be formally reviewed and deliberated next week.

Japan's Abe Vows to Rush Through Cash Handouts to All