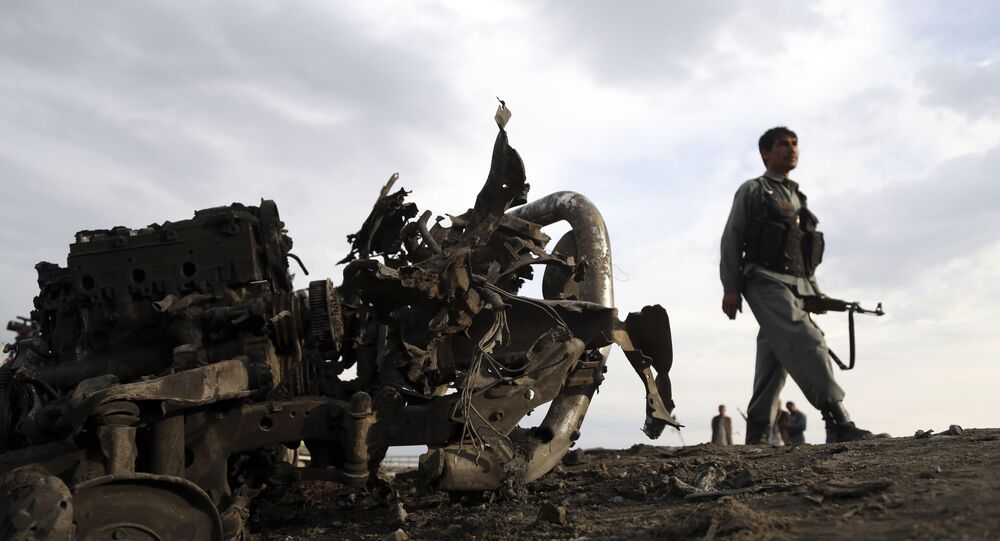 In late February, the United States and the Taliban signed a historic agreement aimed at ending America’s 18-year-long occupation of Afghanistan and finally stopping the generations-long conflict which has devastated the country for over 40 years. Last week, the Taliban warned that the peace deal is in jeopardy amid ongoing clashes with Kabul.

The US could pull back the numbers of CIA personnel deployed across Afghanistan in a bid to prevent the peace deal with the Taliban from falling apart, the New York Times has reported, citing US officials said to be familiar with the discussions.

According to the newspaper, the talks are part of a broader US and allied discussions about scaling back foreign deployments in Afghanistan in the interests of advancing a peace plan amid continued Taliban attacks on Afghan security forces and coalition airstrikes targeting Taliban militants.

The CIA is said to have several hundred agents and contractors spread across the country at any one time, and the Trump administration had actually planned to increase this number as troops pulled out, according to one version of administration plans leaked to the press in September. The agency’s operations include cooperating with, coordinating with and otherwise advising local militias.

According to NYT’s sources, one idea being considered is to concentrate agents at the US Embassy in Kabul to allow cooperation with militias and intelligence gathering to continue through a middleman – the Afghan National Directorate of Security.

Washington has pared down its Afghanistan troop presence by about 3,400 personnel in recent months, with the 8,600 remaining expected to be gone in a year’s time. The CIA’s frontline presence is one of the last bargaining chips the Trump administration has in talks with the Taliban, NYT says.

The Taliban has accused the US of violating the terms of the February peace deal, pointing to continued US airstrikes against its militias. The Kabul government says the Taliban is to blame for the violence, pointing to repeated attacks on Afghan security forces and police. The Taliban has said repeatedly that there would be no ceasefire with the Afghan government so long as an estimated 5,000 prisoners remained in captivity, but Kabul fears the insurgents could take up arms against the government if released.

Longest War in US History Nearing Its End?

The US invaded Afghanistan in October 2001, ostensibly in response to the Taliban government’s sheltering of top al-Qaeda* terrorists including Osama bin Laden, and has fought the Taliban insurgency ever since. The War in Afghanistan recently became the longest war in US history, and has cost Washington over $2 trillion and the lives of over 2,350 military personnel. Hundreds of NATO coalition troops, over 62,000 Afghan security personnel and over 38,000 civilians have also been killed in the war.

The US war in Afghanistan is just part of the country’s generations-long conflict, which began in 1978 after a pro-Soviet government took power, prompting a CIA intervention and the funnelling of billions of dollars in military and financial assistance to the Mujahideen – precursors of the Taliban and contemporary jihadist terrorists. Moscow intervened in the conflict in late 1979 to try to save the Kabul government, sparking the decade-long Soviet-Afghan War, which ended in 1989 with the pullout of Soviet forces. In 1992, the Kabul government collapsed, and for much of the 90s, the Taliban and other militias divided up Afghanistan, turning it into a feudal failed state.

* A terrorist organization outlawed in Russia and many other countries.