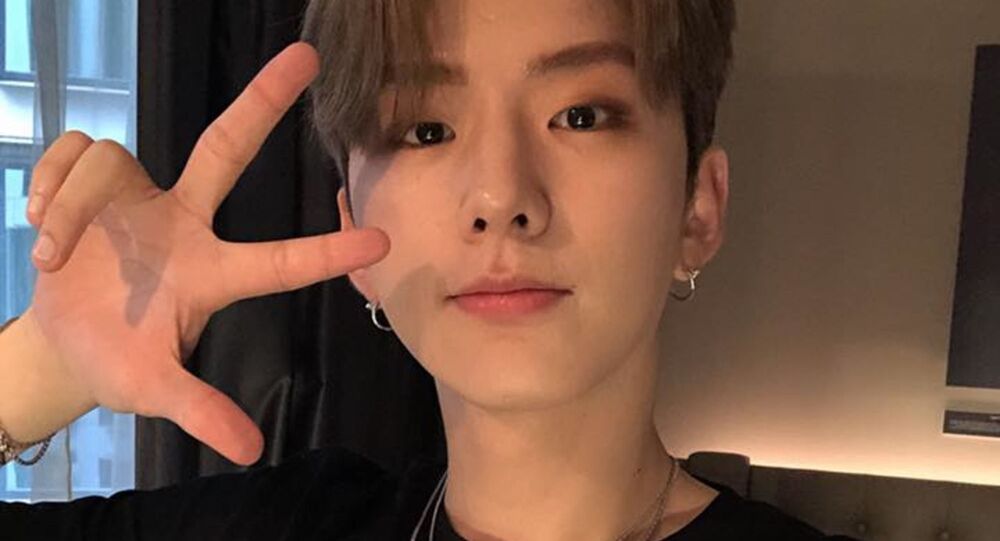 The K-pop idol's performance of the remake was praised by two members of the band.

A member of the popular South Korean K-pop boy band Monsta X has amazed fans with a cover of Imagine Dragons' "Believer" that was published on the official YouTube channel of the group's label Starship Entertainment on 11 April.

Showing intense and beautiful vocals in his version of the famous song, he got attention from not only fans, for whom he promised to make a cover of the song a long time ago, but also from Ben McKee and Daniel Platzman, the bassist and drummer of Imagine Dragons.

Ben liked the video and Daniel commented “Nice” accompanied by a flame emoticon.

kihyun’s Believer cover got noticed by two members of Imagine Dragons!! Ben, their bassist, liked it on twitter, and Daniel, their drummer, commented on the tweet!! so proud of kihyun!@OfficialMonstaX pic.twitter.com/ryJiOgUhAe

​Meanwhile, Monsta X is scheduled to have a comeback with a new album in May. Recently, they earned attention with the first American album "All About Luv", released in February this year. They have achieved brilliant results, reaching fifth place in the “Billboard 200”.

Fans are happy for their favourite member, who was noticed by his own idols.

yeah sex is great but have you ever listened to yoo kihyun covering believer by imagine dragons? pic.twitter.com/ifqnuqBwlO

👤: *asked him about the song he wants to cover and write Imagine Dragon - Believer in all choices*
🐹: It's very good, right. I really want to cover it. I want to do it for real

kihyun’s cover of believer left me speechless. kihyun’s lower register is a blessing. his vocals are so powerful, it’s almost like they pierce through your soul. not only that but he also can sing any genre perfectly?? kihyun vocal king.pic.twitter.com/MEKyc1temc

Everyone is probably sick of me going on about it but I’m just so so proud of kihyun and what he’s achieved lately. His ost that he worked so hard on was charting in melon which is huge! And now his cover of believer is being recognised by non fans and even imagine dragons+