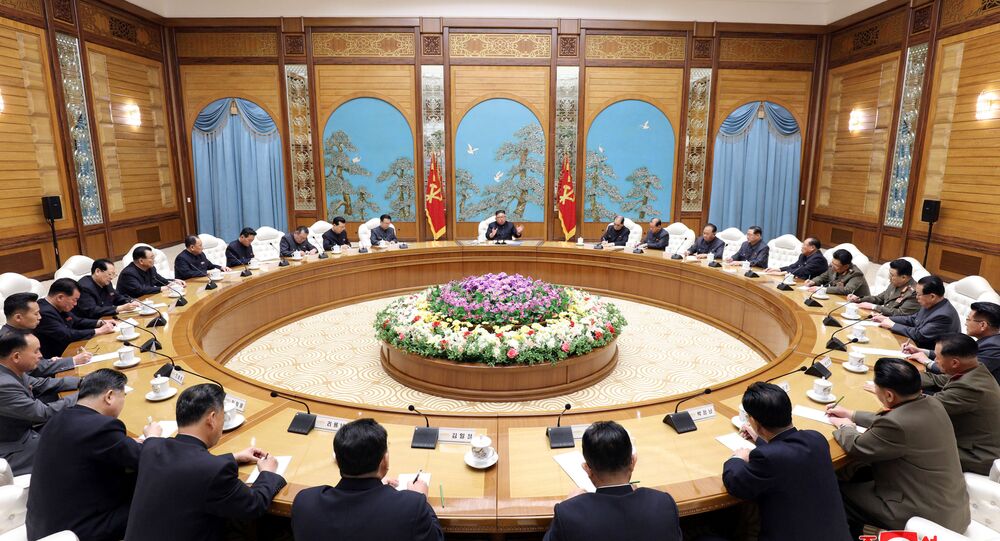 According to the media outlet, Choe Ryong Hae, the president of the Presidium of the Supreme People's Assembly, who is considered to be the second most powerful politician in the country, presided over the session. The parliamentary meeting was originally scheduled for April 10, but KCNA gave no reason for why the session was delayed.

The summer session of the North Korean Supreme People's Assembly is annually held in April before the birthday of late North Korean leader Kim Il Sung that is celebrated on April 15. Pyongyang usually uses such meetings to discuss issues of utmost importance, such as the revision of the constitution, drafting the state budget or announcing cabinet reshuffles.

© AP Photo / Lee Jin-man
Seoul Holds High-Level Security Meeting Over Launch of Projectiles by N Korea - Reports
Prior to the session, speculations have emerged that Pyongyang will use the meeting to deliver some message to the United States in light of the COVID-19 pandemic, but no such message was voiced.

During the session, new appointments to the posts of ministers of natural resources, engineering and light industry were also announced.